A sad reality of life is that, in all likelihood, you don’t have all the things you want. What's worse, other people have them.

For thousands of years, we've devised ways to remedy this situation, exchanging stuff we need less for stuff we’d like more. Since you’re starting this course, you’ve probably heard of a relatively new method of exchanging goods and services called cryptocurrency.

To understand cryptocurrency, and the truth behind the claims of the problems it will solve and the dangers it will create, it helps to make sure we understand some basics about money in general.

Before we consider money, we can look at a system for exchanging goods and services that's easier to understand: bartering. Bartering is a direct exchange, trading something you have that the other person wants for something they have that you want.

You’ve probably bartered in the past yourself, like that time you traded your apple for a cookie in the school cafeteria.

The advantage of bartering is in its simplicity: you exchange directly for whatever it is that you want. However, a challenge with bartering arises when you want something from someone who wants something you don’t have. For example, you have an apple, and you’d really like to trade it for your friend’s cookie, but your friend is craving a salty snack.

Is it possible for both you and your friend to get what you want by bartering? 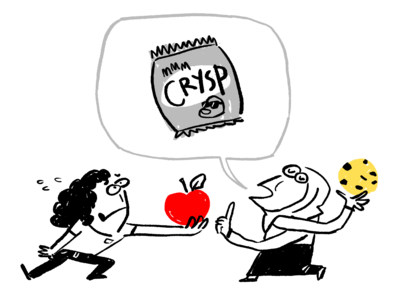 Bartering can be simple and direct, but getting what you want in exchange for what you have might require coordination between more than just you and the person who has what you want.

A solution to the issue of coordination is money: something we can use as a medium of exchange.

With currency (which is what we call money that's in circulation, such as dollar bills), we can make a trade with someone even if they don’t want the goods that we have: we pay using currency rather than trading them goods directly. 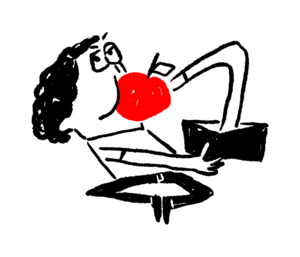 If your friend thinks that trading you her cookie in exchange for one dollar is a good deal for her, what is she assuming?

Early examples of money helped to meet basic needs independent of their currency status and therefore had inherent value. For instance, furs have been used to facilitate trading since they can keep you warm, as have barley or salt, which can be eaten.

Using furs, barley, or salt as currency is not that different from bartering since the currency is something you can actually use.

These are called commodity monies, since their value comes from the fact that they're made out of a commodity — an economically useful good whose units are interchangeable. Sulfuric acid is an example of a commodity since any batch is essentially indistinguishable from any other batch.

Tennis shoes, on the other hand, are not a commodity since shoppers are willing to pay much more for certain brands of tennis shoes.

What are the downsides of using bushels of barley as currency? Select all answers that apply. 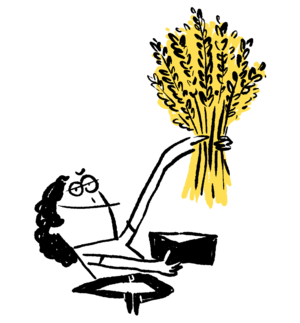 Commodities that meet basic needs are nice because we can trust that (almost) everyone will be able to make use of them and they're unlikely to lose value, but they’re not always the most convenient things to carry around or store.

Some solutions are to use a commodity that's more convenient (without worrying if it can meet a basic need) or to trade things that represent the commodities. This makes the money system more convenient, but it requires a lot more trust.

Today, this concept has been fully embraced in most parts of the world and only a small fraction of exchange happens via bartering or commodity monies.

Which of the following would be the most convenient material to use as a currency? That is, one that is easy to carry around and doesn’t degrade over time.

For thousands of years, precious metals like gold and silver were used to mint coins for currency because they have a number of convenient characteristics:

The fact that precious metals don’t meet a basic need (unless you consider jewelry and computer chips as basic needs) didn’t dissuade people from assigning them value. The collective agreement to value precious metals made for a much smoother system of exchange.

The money we use today doesn’t represent anything that meets basic needs, and it isn't even backed by a convenient monetary commodity like gold. But people will still exchange it for these things.

That's because it's backed by governments. It’s easy to trust that the monetary system will keep working (and that others will continue to honor the value of money) because large, powerful entities make claims that they’ll enforce this system.

You don’t even need to trade gold coins or pieces of fancy paper (i.e. cash) for goods, you also have the option to trade a promise that you’ll pay the person back later.

This system is called credit. 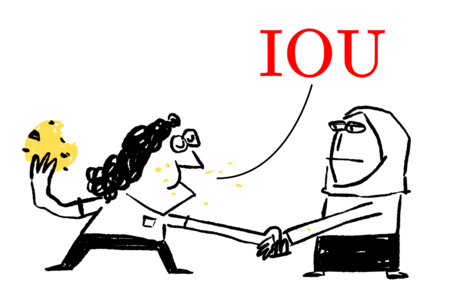 Why might someone be hesitant to accept credit as payment rather than cash?

In theory, merchants take on risk when they accept credit as payment: the risk that you don’t pay what you promised. However, for the way most people use credit on a day-to-day basis, this is not a concern.

All you need to make use of the credit system is a piece of information: the numbers associated with your credit card account. This system is especially convenient for shopping online, where we can exchange information but can’t directly exchange physical currency. 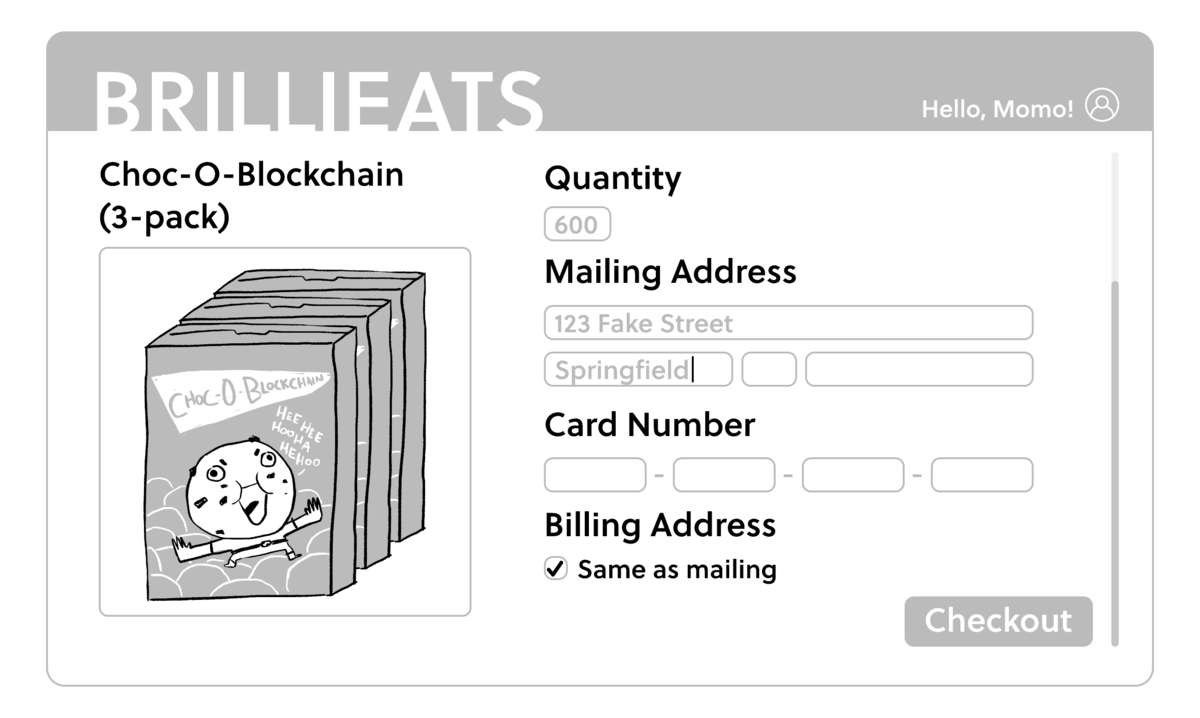 What is one downside to using credit cards when shopping online?

Cryptocurrencies offer another way to exchange money in a way that's fundamentally different from credit cards, bank transfers, and other common methods of exchange. Cryptocurrencies accomplish a monetary system that doesn't depend on trust in a central authority or the people you're transacting with. It requires trust in mathematics and certain algorithms.

Because of how the rules of cryptocurrencies were designed, it's difficult to control them unilaterally. For example, a cryptocurrency's rules couldn't be changed by a government acting in the interest of aggressive bankers at the expense of everyone else (which some people would argue is what happened to traditional currencies in the wake of the 2008 financial crisis). 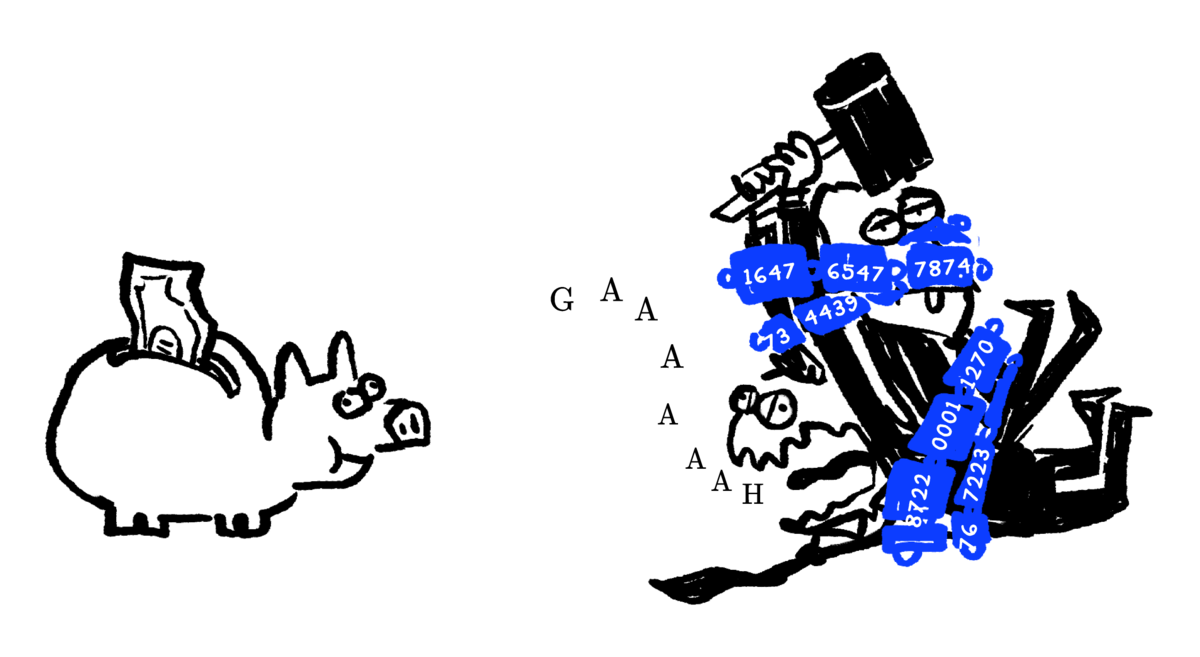 A cryptocurrency, powered by its blockchain, can help to protect your savings from unscrupulous financial "professionals."

Since cryptocurrencies are new and different from traditional money, you may have heard all sorts of opinions about them, including from people who don't understand how they work.

Proponents argue that cryptocurrencies will wrest power out of the hands of the few, that they'll lead to lower transaction fees, and that they would have prevented the devastating effects of hyperinflation experienced by Zimbabwe in 2008 or by Venezuela in recent years. On the other hand, detractors argue that cryptocurrencies are a scam and that their valuation is a bubble waiting to burst. 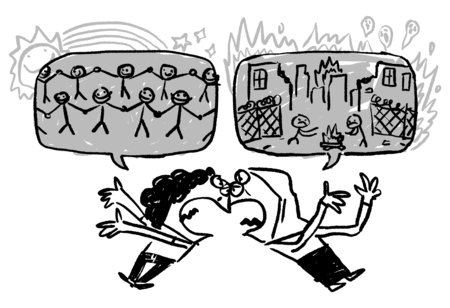 In this course, we'll cut through the noise in order to teach you the underlying mechanics that cryptocurrencies are built on, so that you can decide for yourself whether they're the next big thing or just a mathematician's pipe dream.

Money is built on trust, and if you understand how cryptocurrencies work, you'll be much better equipped to determine if they're trustworthy.

We’ll start this course following the fable of Cryptonia. The story of the people of Cryptonia will provide an understanding of the systems inside cryptocurrencies, giving you the foundation you need to dive into the deeper details through the rest of this course.