Throughout this chapter, we've followed the development of DragonBucks (which was succeeded by CryptoniaCoin) and learned how certain mathematical functions can be used to secure a currency system. 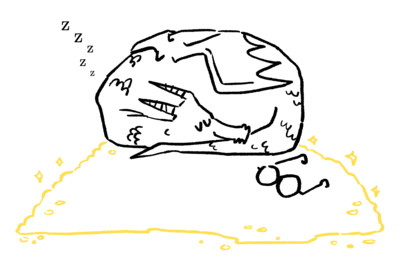 However, along the way we hinted at some potential security flaws with the Cryptonian system, and you may have picked up on some of them yourself.

In this exploration, we’ll point out some of the weaknesses of CryptoniaCoin and start to look at ways to resolve them. We won’t be able to patch all the security holes in this quiz, but we will address each of them by the end of the course.

One requirement of the CryptoniaCoin system is that we're able to represent everything as numbers. This means that we need a way to convert transaction notes into a unique message (which is also a number). 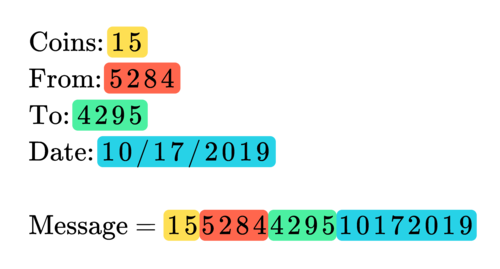 What’s wrong with this method of converting a transaction note into a number?

Assume that all account numbers are the same number of digits and the date is always expressed with 8 digits.

Suppose you wrote a note to buy a loaf of bread, but then realized you actually needed two loaves of bread, so you go back to the store and write another note to buy the second loaf.

If the cost of each loaf is the same, you pay using the same account, and it’s on the same day, then using the system we proposed for the previous question, those two notes would be converted to the same message. This is problematic because the two identical messages would have the same signature, so either

Suppose we make a rule that notes that are identical to an existing note are automatically invalid. Then, if you tried to use two notes with the same message and the same signature, only the first would be honored.

If we want someone to be able to make two similar payments on the same day, we could try changing the way the message is constructed:

Would either of these changes allow you to make two similar purchases on the same day?

For security, we never want a signature to be able to be used more than once, even for similar transactions. Fortunately, there are relatively easy fixes we can implement so every transaction results in different message numbers and therefore requires different signatures.

Different cryptocurrencies use different techniques to make this work in practice, and they’re all valid. 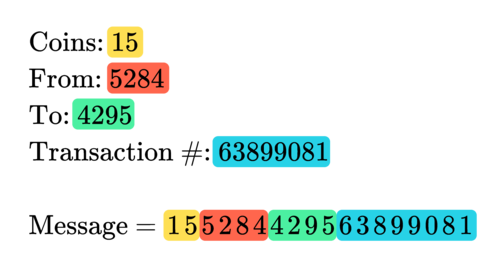 Because the fixes are relatively easy, this doesn’t represent a major security concern for cryptocurrencies, but it's something we need to be conscious of when designing a verification scheme.

In DragonBucks, the dragon doesn’t need to know anyone’s secret key — the system we built allows anyone to verify signatures. Whether you’re in charge of updating the account tallies or not, you can verify a signature using public information.

However, if you don’t tell the dragon (or anyone else, for that matter) your secret key, then there's no one to ensure that it’s actually different from everyone else's. 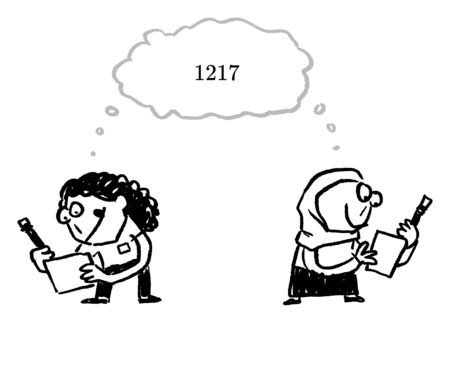 We can see this using the calculator below, which implements the modular arithmetic of the DragonBucks system.

Given a positive integer n, addition or multiplication modulo n is performed by first performing the indicated operation, then taking the remainder after dividing by n.

Even if the modular arithmetic of our system protects someone else from being able to back-calculate your (smodn) from your publicKey or a signature you've issued, it's still possible for someone else to pick the same public key for themselves by chance.

If you have the same publicKey as someone else, that means that your secret keys are the same in mod n, i.e. s′modn=smodn. Though you each have a distinct secretKey, for the purposes of the Cryptonian message-signing system, your accounts are practically the same. You would be able to sign valid messages on behalf of each other.

This represents a big security flaw — if you happen to choose the same secret key that someone else is already using, then you’d be able to spend all their money.

What could we do to reduce this security risk (while keeping the rest of the system the same)?

Even if controlling the issuing of keys did work, it would require trust in a central authority that controlled those keys, representing a fundamentally different type of currency.

Just how many possibilities we'd need for the system to be considered "safe" will be explored later in this course. But to give you a preview, some real systems use secret keys long enough that it would take more than ∼1050 random guesses before you could expect to replicate another user's key. 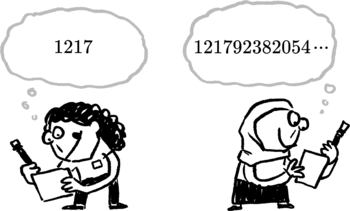 We claimed the Cryptonian system is secure because you can share your public key, (g×s)modn, without revealing the value of smodn. Indeed, you can't invert (undo, in other words) modular multiplication by simply dividing by the original factor and applying mod, e.g. g(g×s)modn​=?smodn, but that doesn't mean it's impossible.

If we did have a way to "modularly divide" by g, then smodn would not be safe. Let's take a closer look at what it would take to do so.

Suppose that, instead of dividing by g, we multiply by another constant k. The goal would be for k to have the following effect: (k×publicKey)modn=smodn.

What property would we need k to have for this to work?

If we could find k such that (k×g)modn=1, then it would allow us to "modularly divide" by g. We call the k that satisfies this equation the "modular multiplicative inverse" of g, and denote it g−1 (not to be confused with the reciprocal of g outside of modular arithmetic). So the g−1 that lets us "divide" by g must satisfy the equation:

Even though we multiply g−1, it’s effectively modular division since multiplying by g−1 cancels g from the expression in modn: g−1×publicKey​=(g−1×g×s)modn=(1×s)modn=smodn.​ In effect, we use g−1 to unlock smodn. 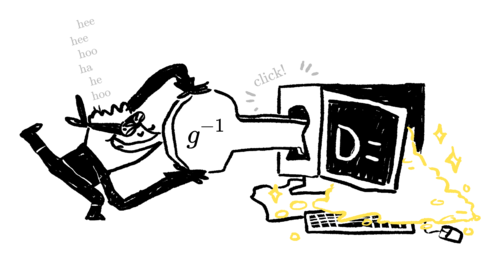 For small n, we can find a g−1 quickly with just guess and check.

Suppose the Cryptonians chose g=5 for their system. What is 5−1 in mod7?

You can use the modular calculator below to help to find the answer.

For a non-zero number x, the reciprocal of x is x1​.

The existence of g−1 is what fundamentally threatens the security of our modular multiplication verification scheme. For a small n like the one we just looked at, you can find g−1 through guess and check without taking too long and easily crack the system.

Making n bigger will protect against this simple guess-and-check strategy, but as it turns out, there are more efficient ways to find g−1. 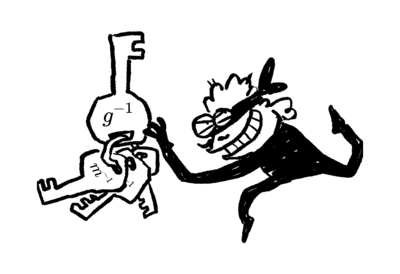 In the next chapter, we’ll see why this security hole can’t be plugged without changing some of the functions that make up our verification scheme, and what properties we need those functions to have in order to be sufficiently secure for a cryptocurrency.