DragonBucks allowed the people of Cryptonia to exchange money securely, while their gold was safely tucked away in the dragon's lair. While townsfolk could exchange DragonBucks for gold, they preferred to trade in the portable notes that were secured with unforgeable signatures.

The dragon kept track of everyone's account balances and updated them accordingly when she received valid notes. After integrating the cryptographic functions into DragonBucks, the dragon could verify notes whether they were signed with magical or mathematical signatures. 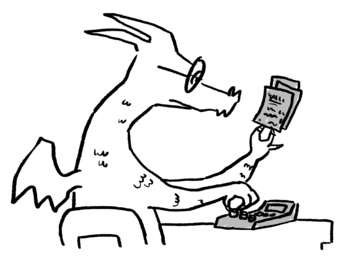 Over time, everyone adopted the math system (even those who could cast spells) in order to accommodate the non-magical Cryptonians who were also an integral part of the economy.

After a couple of generations of living with DragonBucks, the townspeople no longer cared about the gold backing and allowed the dragon to get rid of it, keeping the gold hoard for herself in exchange for maintaining the DragonBucks system.

The people trusted that DragonBucks would be recognized when doing business in the town, even if they couldn't be traded to the dragon for a set amount of gold. 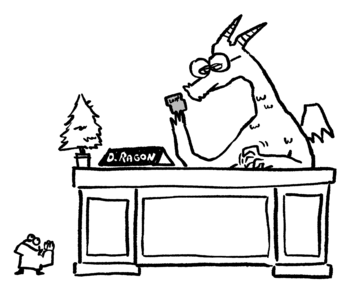 Removing the gold backing freed the Dragon to "mint" new DragonBucks, since each DragonBuck no longer needed to correspond to a gold coin in her hoard. She could lend these extra DragonBucks to entrepreneurial Cryptonians, stimulating the local economy.

With all the startup capital, business is booming and new inhabitants continue to venture to Cryptonia to make a new life for themselves.

DragonBucks have clearly helped to build a prosperous Cryptonia, but is there anything wrong with the DragonBucks system?

Dragons aren’t immortal, and as Cryptonia’s dragon grows old without having any children, the townsfolk begin to worry. What will happen if a misguided knight kills the dragon? Or if her mind becomes corrupted by an evil wizard? Or if she simply grows senile in her old age and starts to forget the balances and public keys of the townsfolk?

In any of these cases, DragonBucks could collapse or be subject to manipulation, driving Cryptonia into poverty, chaos, or both. And, in fact, in quiet correspondence with various city leaders, the dragon has confessed that she's growing tired and no longer wants to run DragonBucks. 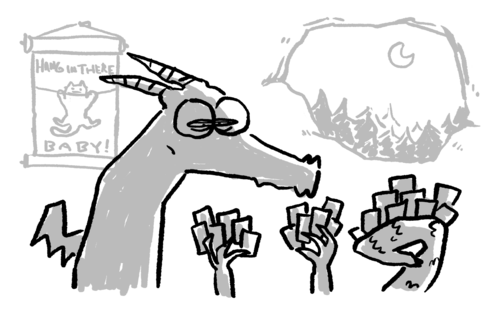 At this point in Cryptonia's history, what critical function does she serve in the operation of DragonBucks that couldn't be accomplished by the Cryptonians themselves?

Given the dragon’s increasing age, the people of Cryptonia want to transition to a system similar to DragonBucks, but that isn't dependent on a benevolent dragon with perfect recall. 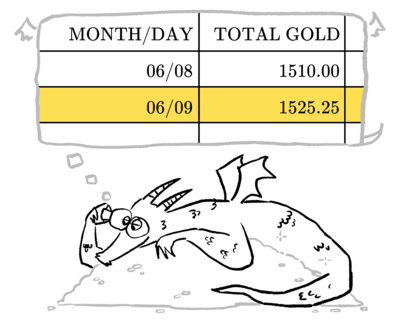 DragonBucks is a type of "ledger" currency since the dragon maintains a list of accounts and their balances (which is a type of record or "ledger") in her head.

If the Cryptonians want to remove their currency's reliance on the dragon, they'll need to come up with a new way to maintain the ledger that can still be trusted by everyone in the city.

The recently formed Artificer League thinks that it would be able to implement a similar system to DragonBucks, but instead of the dragon remembering everything, the ledger would be recorded and maintained at Artificer League headquarters. 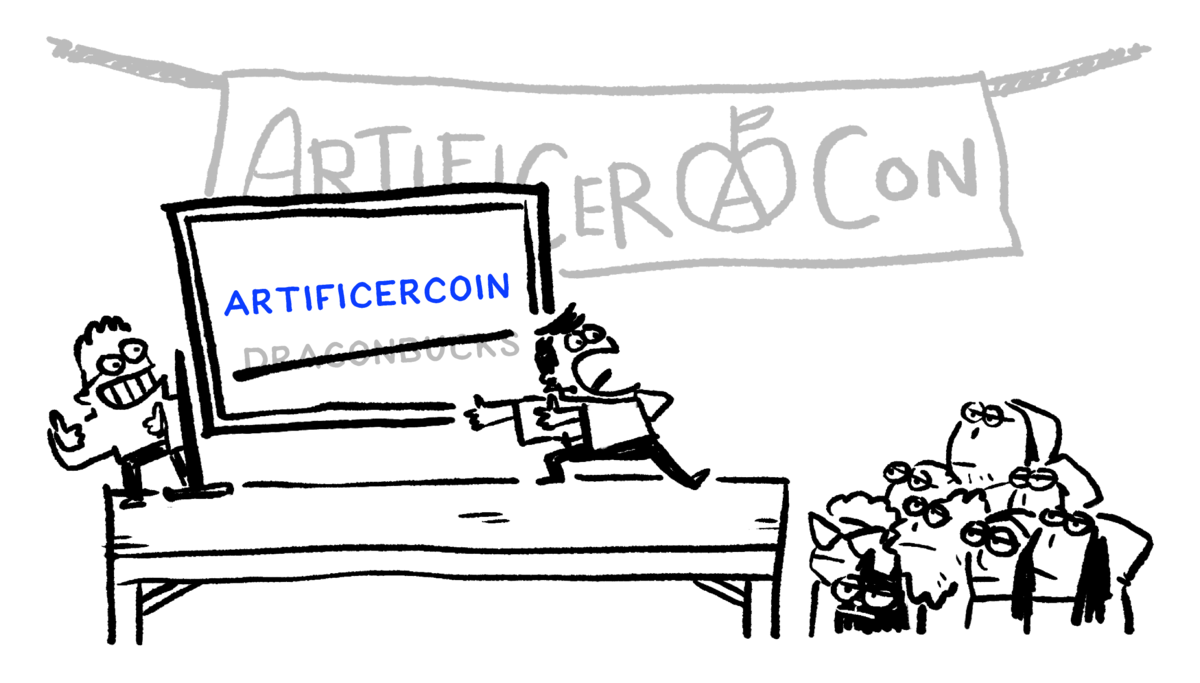 The Mages' Guild and the Cryptonian Academy of Scholars are both wary of this suggestion, as they doubt that the Artificer League's ledger would be stored as safely as the dragon's. They suggest another approach: decentralization. They want the ledger to be maintained in such a way that there's no central authority and therefore no single point of failure.

Which of the following systems would lead to the most decentralized version of the ledger?

The most decentralized version of DragonBucks would have as many copies of the ledger as possible. The Mages’ Guild, Artificer League, and Cryptonian Academy of Scholars worked together to develop a new currency: CryptoniaCoin. CryptoniaCoin doesn’t depend on the dragon and, instead, it would aim to put a copy of the ledger in the hands of every Cryptonian. 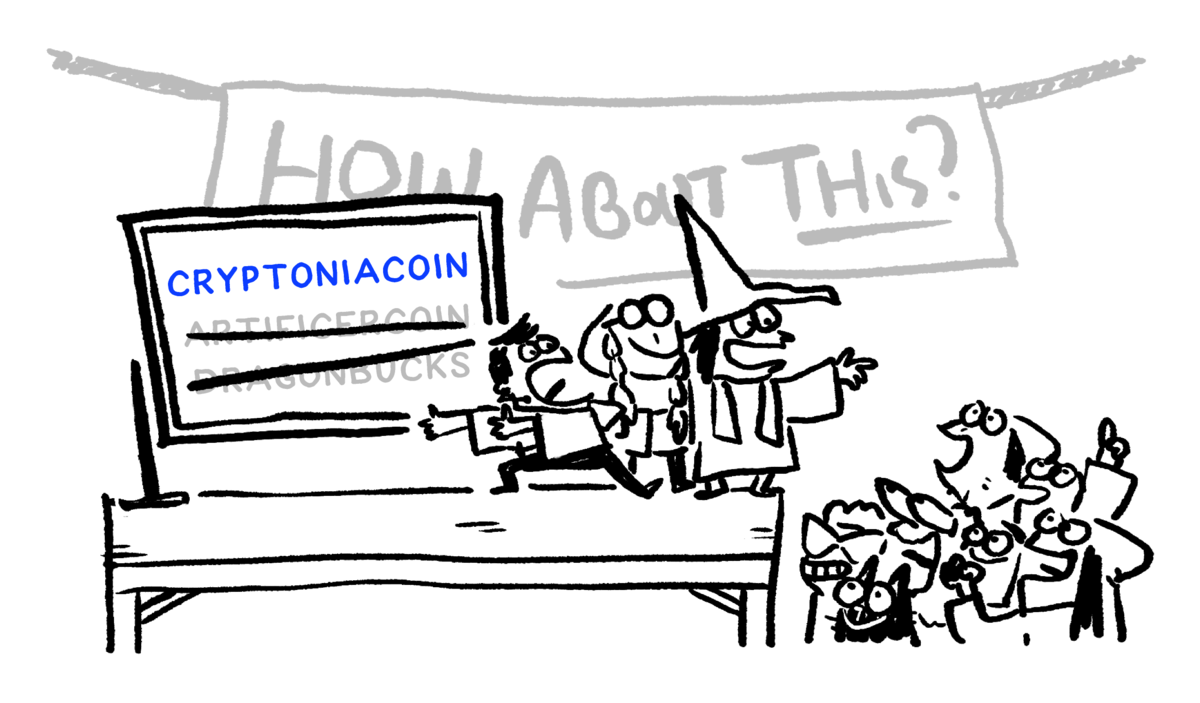 How is such a feat possible? With the groups' combined ingenuity, they develop tablets that each store a copy of the CryptoniaCoin ledger so that no central authority like the dragon or the Artificer League has sole control over the information. All the tablets constantly communicate with one another, making sure their own list is in agreement with all the others. 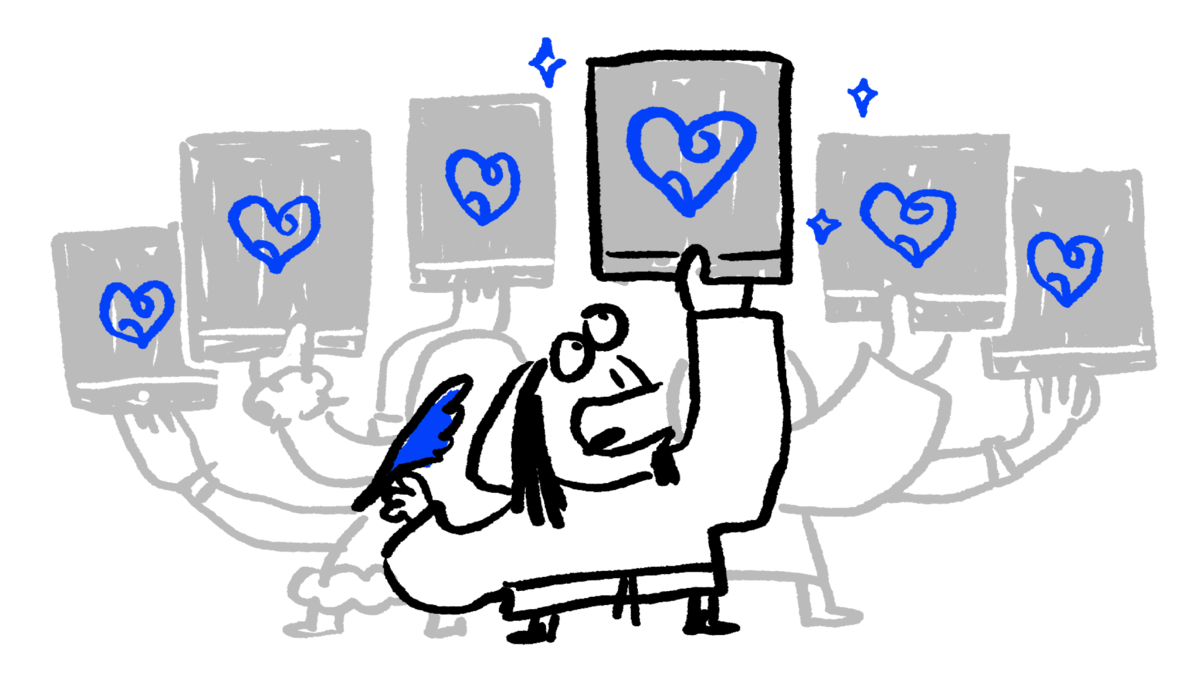 Transactions in CryptoniaCoin are handled essentially the same way as before, except that they're written directly onto a tablet rather than being written onto a note and delivered to the dragon. As before, the note is only valid if the signature follows the modular arithmetic established with DragonBucks. 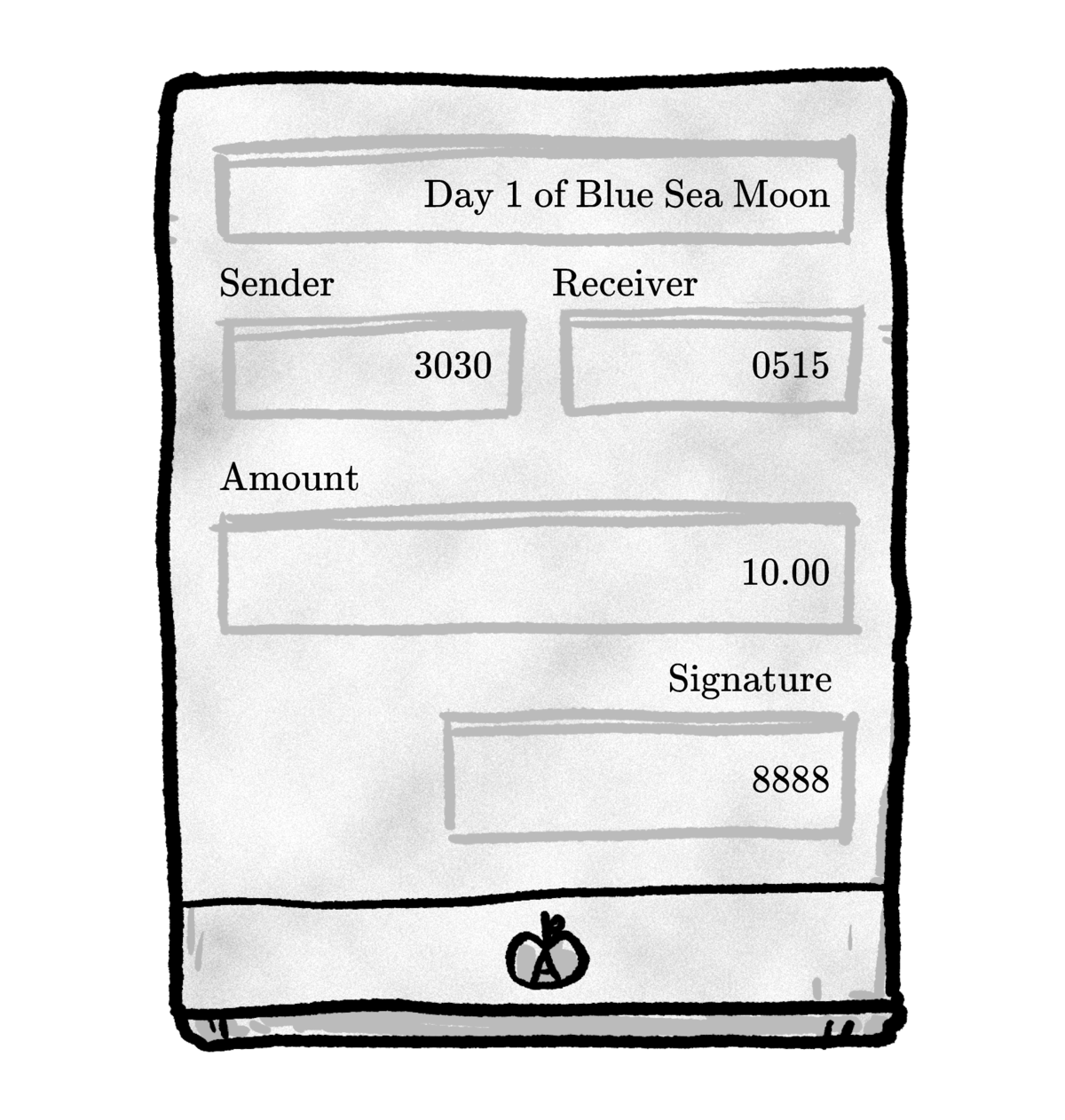 After the note is written, it's broadcast to all the other tablets. If the signature verifies with the message and the sending account has sufficient balance to make the transfer, the transaction is accepted and the accounts are updated accordingly.

For a decentralized currency like CryptoniaCoin, who should be able to verify that only properly signed transactions are being accepted?

The CryptoniaCoin tablets can be set up so that you can look up a particular account, and it will display the balance and recent transactions associated with that account. 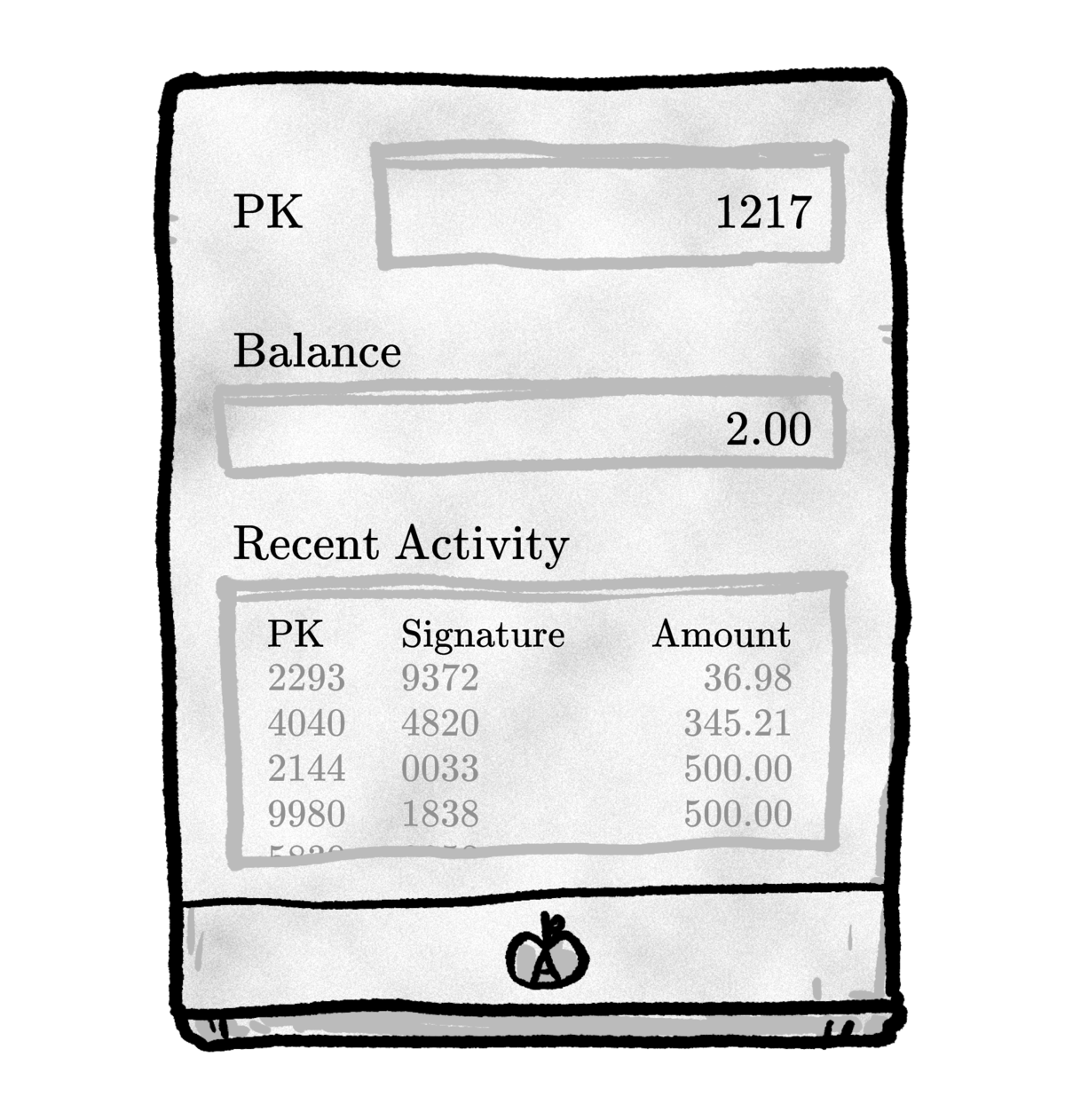 This provides transparency into the system: if anyone thinks the tablets aren't working properly, they can check the transactions to confirm whether the modular arithmetic is being properly followed.

The townsfolk don’t want a fixed amount of CryptoniaCoins (CCs) in circulation, as that would lead to deflation (and its associated problems). So, it needs to be minted over time.

However, they also know that if new CCs can be minted too easily, the currency will suffer from rapid inflation. Also, if it was too easy to make new CCs, some people would stop doing useful work in the town and just try to mint new currency. 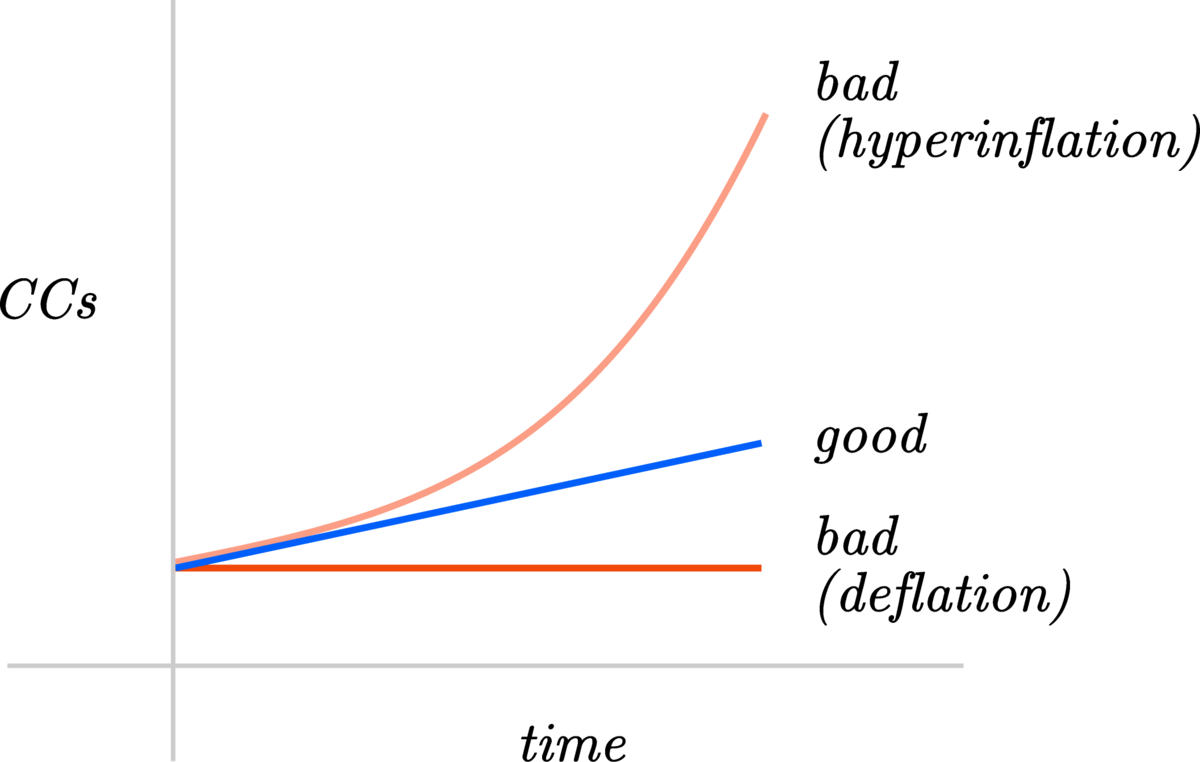 The Cryptonians decide that, rather than a central authority dictating who receives the newly minted money (as the dragon did with DragonBucks), minting new CCs should be tied to the work of maintaining the currency and whoever does that work should receive the newly minted coins.

Which of the following schemes would best achieve this goal in practice?

This system of interconnected tablets allows for all the functionality that we want our new currency system to have. Transactions are only valid if the signature matches the cryptographic function requirements and the sending account has sufficient funds.

The tablets make the transactions transparent, so anyone with a tablet can verify that the transactions being made are truly valid. This system also allows for the minting of new coins, but the speed at which this occurs is limited by how fast new tablets can be made. 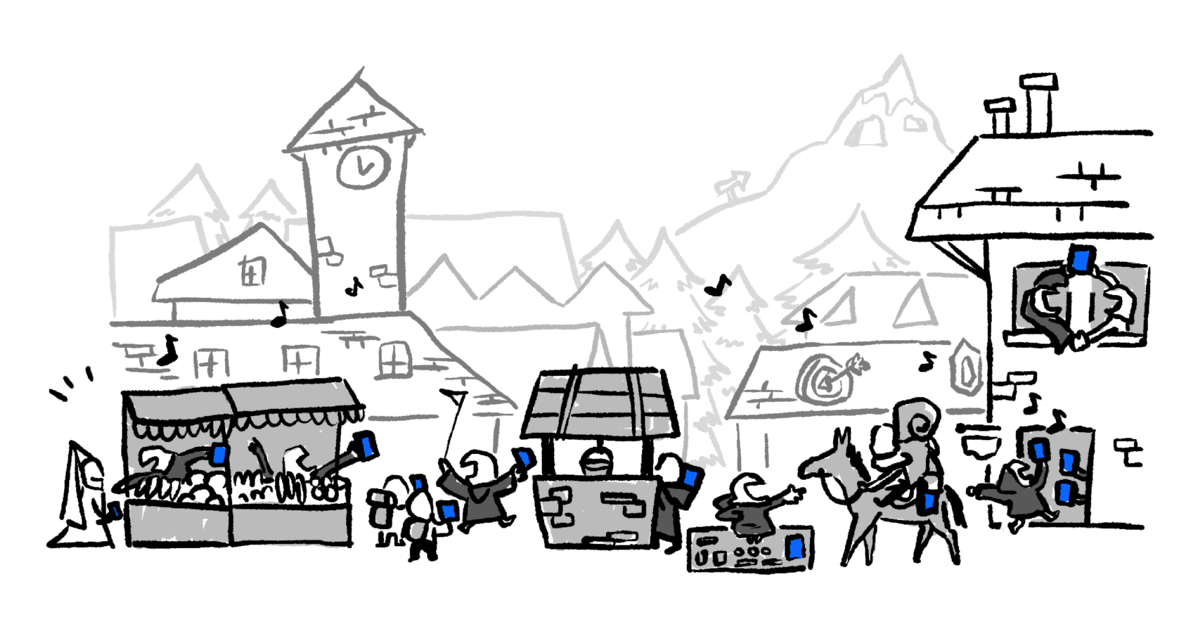 Finally, since each tablet keeps a copy of all accounts and their balances, the new system doesn’t depend on the central authority of the dragon or anyone else.

Which of the following would present an existential threat to CryptoniaCoin?

Satisfied with CryptoniaCoin, the people of Cryptonia make a set of new tablets. This updated system allows Cryptonians to exchange goods and currency freely under their own power, and it enables the dragon to live out her golden years in peace.

The system they’ve built is now fully decentralized, with no dependence on a central authority. 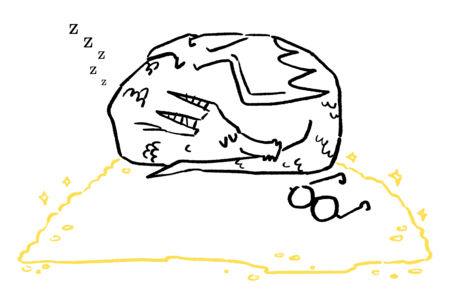 But is their system truly secure?

We hinted at some problems with the Cryptonian’s simplified validation scheme earlier. Now that you understand the conceptual underpinnings, we can dive deeper into the weaknesses of CryptoniaCoin and what would be required of the cryptography powering real cryptocurrencies in the following chapters of this course.