While you might be itching to get into the nuts and bolts of cryptocurrencies (hash functions, blockchains, and the like), it's helpful if you first understand the big picture: that a cryptocurrency is a decentralized ledger currency based on public-key cryptography. We'll explore these ideas in the next few quizzes with the help of a fable that provides an analog to cryptocurrencies. And so, our story begins:

There once was a small mountain town called Cryptonia. The townsfolk lived an earnest life, mining iron from the nearby caves. On occasion, merchants would venture into Cryptonia to trade food, clothes, and finished tools in exchange for the iron.

Though they were a humble people, the Cryptonians possessed a special gift: each was born with the ability to cast a unique, but practically useless, magic spell. 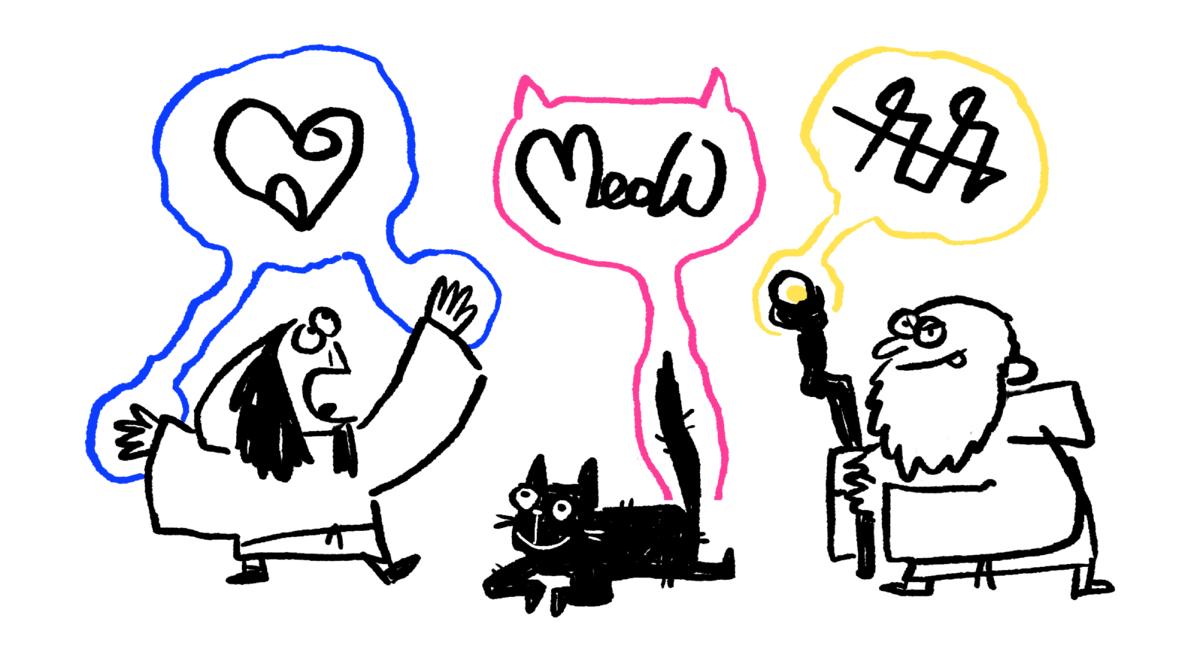 One day, Cryptonia was changed forever when a vein of gold was discovered in one of the mines close to the town.

This gold brought new wealth to the townsfolk, but as news of the discovery spread, it also brought an influx of new visitors to the town. While some visitors made fair offers for the gold or were interested in honest work, not all of them were.

The gold also drew in bandits and criminals, who stole gold from homes and picked gold from unassuming pockets.

Though better known for their fiery breath, dragons also have excellent memories. Fortunately for the townsfolk, Cryptonia was located near the lair of a benevolent dragon and they brought her their gold for safeguarding.

If someone brought her their gold, she would remember exactly how much, and if they came back later to withdraw all or part of their gold (or to make a deposit), she would adjust their balance accordingly.

Happily, they wouldn't have to worry about the gold being stolen as long as it was in the dragon’s care. 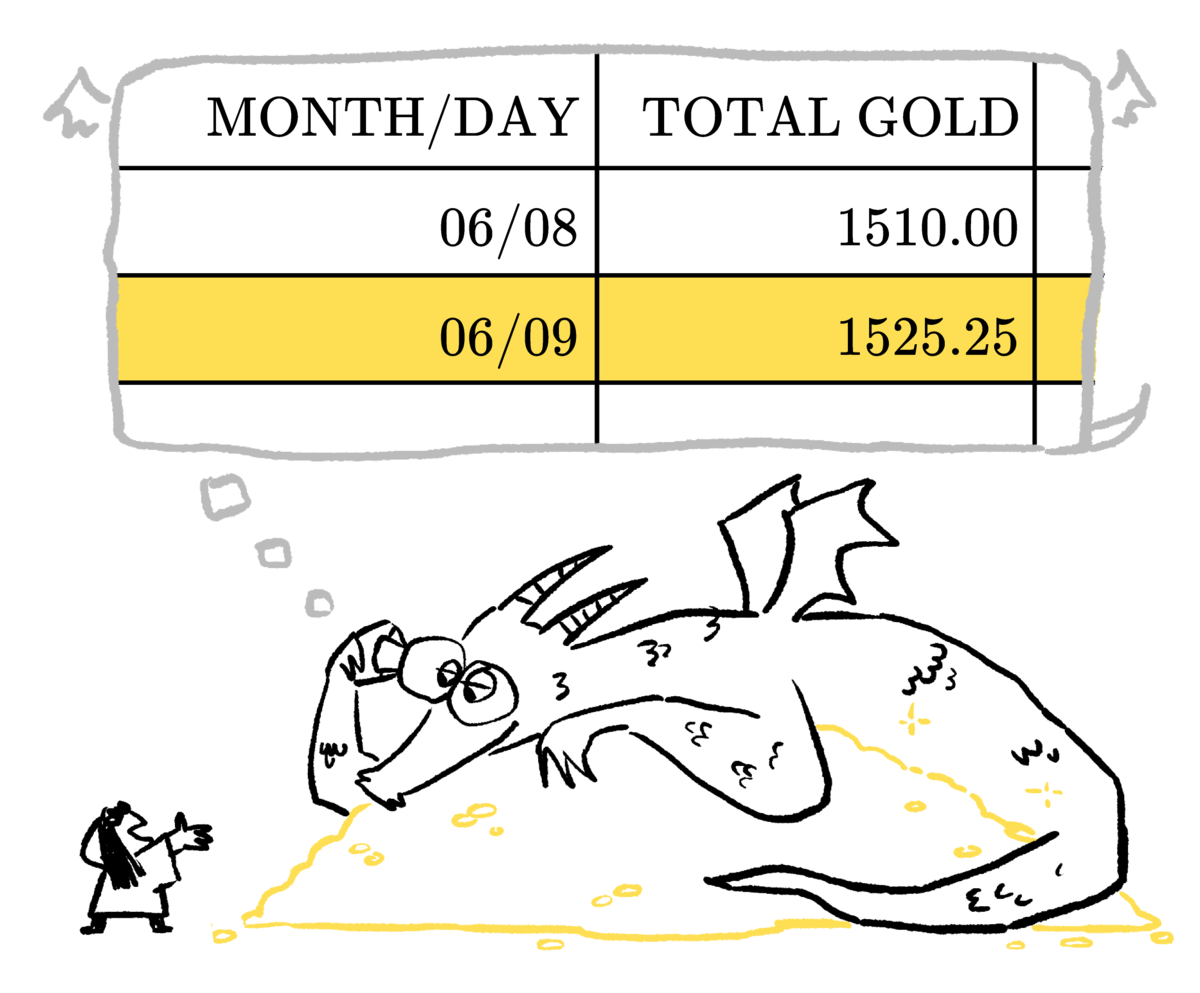 What would a Cryptonian need to believe was true of the dragon in order to trust that their gold was safe with her?

The gold was safe while it was stored with the dragon, since dragons are powerful beings of limitless competence, but this system wasn't particularly convenient.

To make a transaction, you would have to travel to the dragon’s lair to tell her you wanted to transfer some of your gold to someone else. And, unless your trading partner really trusted you, they would have to make the trip, too, in order to confirm that you told the dragon to transfer the right amount. 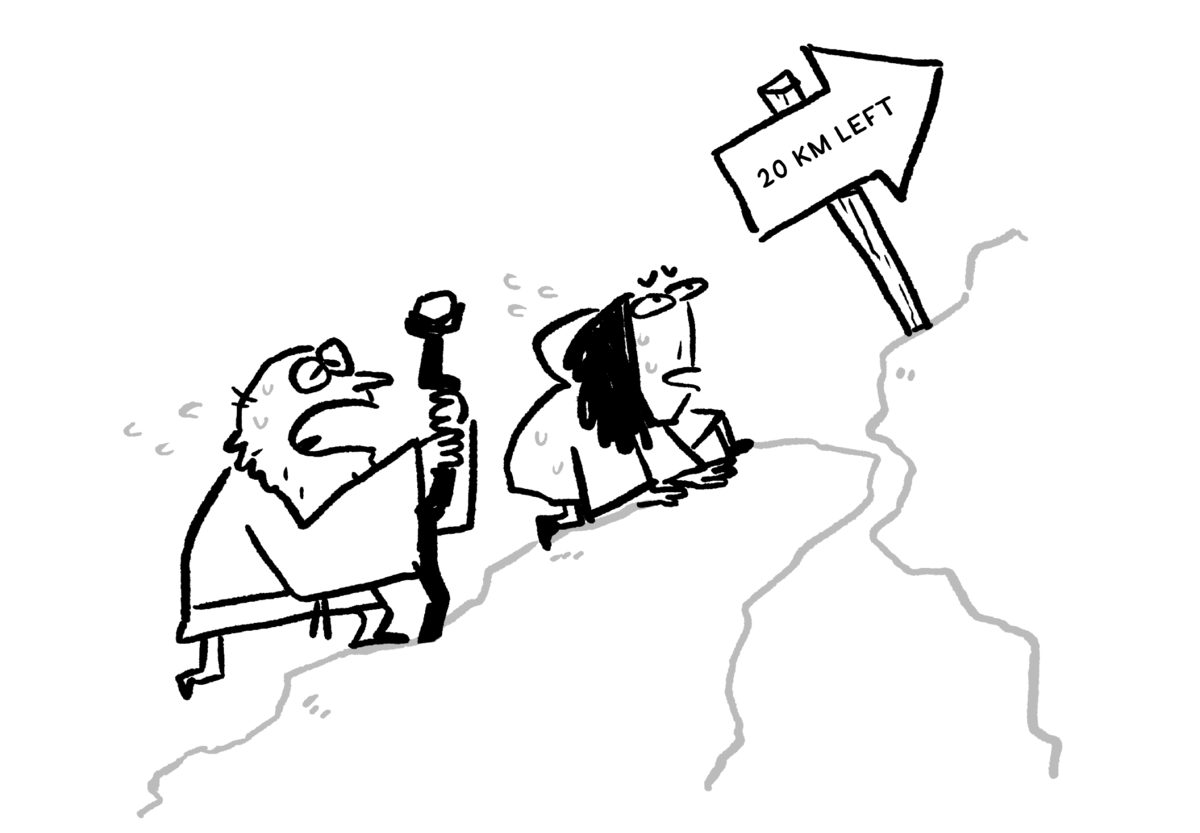 Sensing the growing displeasure with the system's inconveniences, the dragon and the alchemist of Cryptonia met to devise a more convenient system. Dragons have excellent penmanship, so she was confident that she could write notes that no one in the town could forge.

When a townsperson deposited gold into their account, they could withdraw some of their account in the form of these notes and exchange it with others, who in turn would trust that they could return it to the dragon for gold. Knowing the value of good branding, they decided to call the notes "DragonBucks."

What’s the main drawback of the DragonBucks system?

The alchemist didn’t want bandits robbing people of their DragonBucks and insisted that they modify the system.

Some outsiders (with varying and unknown intentions compared to the honest Cryptonians) had already begun to store their gold with the dragon and would also have accounts. The dragon wouldn’t be able to tell if someone exchanging a note had procured it honestly or through malicious means.

Instead of the dragon issuing notes with face value, the alchemist suggested the note should be signed to a specific person. The dragon’s penmanship is unforgeable, but a normal townsperson’s is not, so the dragon offers to write notes like this:

Note from the dragon's proposed system, transferring 10 gold coins from "Momo" to the recipient, "Sugar." Photo provided courtesy of the Cryptonian Historical Society.

The dragon fills in the names on the notes, but the payer would fill in the number before giving the note to the recipient who can redeem it later.

What are the flaws with this system?

These "blank check" DragonBucks aren’t that much more convenient, and the proposed implementation isn’t very secure. DragonBucks would need a few more features to work effectively and securely. 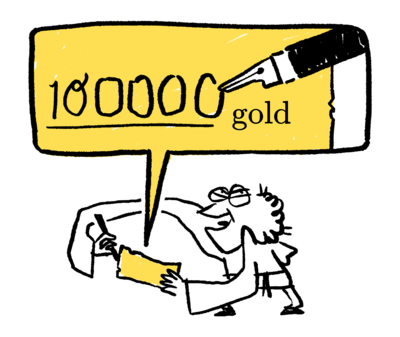 Which of the following features would we need in order to deter thieves from trying to steal blank notes, while ensuring that the transaction outlined in a note couldn't be modified after the note had been written? Select all that apply.

The dragon realized that she needed a way for the townspeople to authenticate notes so that she could tell whether a note had been forged.

While the townspeople might be able to copy each other’s handwriting, there was something that couldn’t be faked: their spells. When someone first came to the dragon, she would watch them cast a spell and memorize its visual effect.

If notes could be enchanted with the spell of the account holder, that would act as an unforgeable signature verifying that the account holder had written the note. This would allow the use of more general notes, with empty “to” and “from” fields that could be filled out at the time the exchange happens.

All they needed was a way to ensure that notes couldn't be changed or tampered with after being enchanted.

As it turned out, the alchemist knew of a special wax that could be imbued with spells. If a spell was cast upon the wax as it dried, then, when the wax was broken, it would replicate the visual effect of the spell.

This enchantable wax allowed for a basic authentication system: 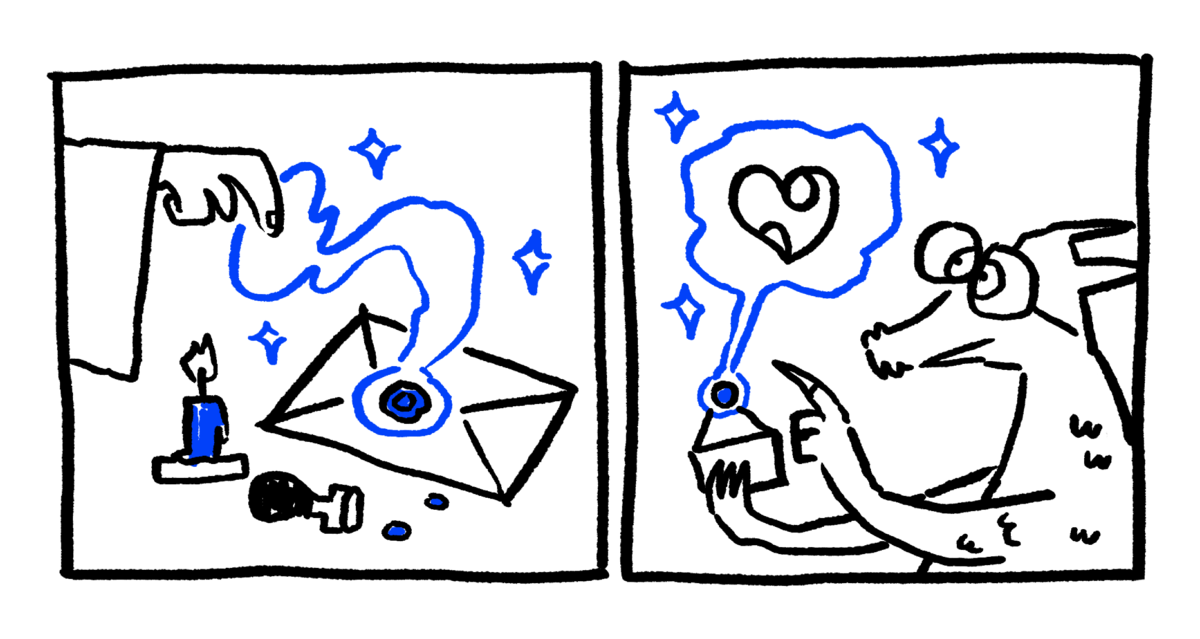 Which of the following problems would DragonBucks suffer from?

The new magic-wax-sealed notes were a huge hit with the people of Cryptonia. Thanks to the security of the dragon's hoard and the ingenuity of the alchemist's wax "signatures," the townspeople could trade with one another without worrying about theft.

Because each spell's visual effect is unique and impossible to copy, the system provides authentication. And since anyone who tries to open a note to change what's written would break the wax seal (voiding the note), the system is tamper-resistant.

The people of Cryptonia needed these features to build their secure note system for exchanging gold. As we’ll see, these same features are needed to build a cryptocurrency. In fact, the Cryptonian system can be considered a simple, gold-backed cryptocurrency (albeit a magic one).

Just as the dragon and alchemist used their talents and clever design to achieve security in the notes of Cryptonia, we’ll need to use some clever cryptography to achieve the same security in a digital currency.