Using only the information given, is the argument below valid?

All planes have wings.

Therefore, all things with wings are planes.

Welcome to Languages of Logic! This course will explore languages and visualizations of three different branches of logic: syllogistic logic, propositional logic, and first-order logic. While this course does get into technical topics, we'll be approaching them through both intuition and puzzles. And at the end of this course, we'll use the systematic way logical deductions are made as a tool for understanding and building artificial intelligences.

This first exploration asks you to rationally consider if particular strings of reasoning are valid or invalid. While some can be solved with intuition, some are trickier: try to be systematic and diagram it out if you're not sure! 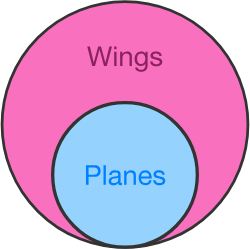 All planes have wings.

Note that we're just trying to determine the logical validity of the argument; try to ignore your real-world experience and any of your own assumptions that aren't given in the problem statement. 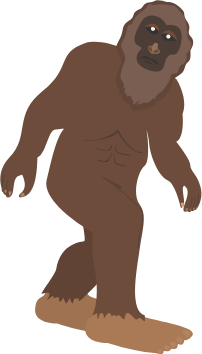 All Bigfoots are monsters.

All monsters are scary.

Therefore, all Bigfoots are scary.

All bees are busy.

No slow things are busy.

Therefore, no slow things are bees.

All knights are brave.

All skilled people have done practice.

Therefore, some knights have done practice.

No pixel aliens are bright yellow.

All bright yellow things are from Planet X.

Therefore, no pixel aliens are from Planet X. 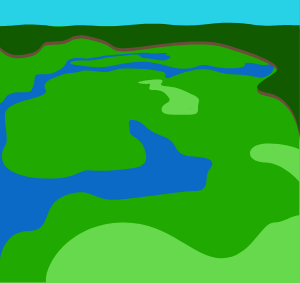 No rivers are dry.

No dry things are frogs.

Therefore, no frogs are rivers.

The arguments in this quiz are from a branch of logic called syllogistic logic and the arguments themselves are called syllogisms. Syllogisms can be about any topics (bees, aliens, politics, morality) but there are only a few structures that the argument can be written in, many of which you just saw.

The dangerous ones are those syllogisms that sound valid but that are actually invalid logic. And it is particularly easy to believe that the logic is sound if you already believe or want to believe the final conclusion. This is the case in the immediately preceding puzzle: 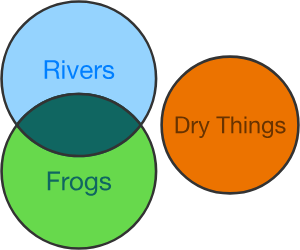 No rivers are dry. No dry things are frogs. Therefore, no frogs are rivers.

Be on the lookout for people using this logical structure in real life! If you already believe in the conclusion (that no frogs are rivers), it may seem like the two preceding statements are logical proof that the final claim is true.

And it just gets trickier if some of the given statements in a puzzle might be lies... good luck, that's what's next!