Physics of the Everyday

In this quiz, we're going to dissect the behavior of a common toy known as the whirligig, a handheld rotor that can fly several meters into the air before it runs out of energy. You may have one around the house — they're commonly given away as consolation prizes at birthday parties and arcades. 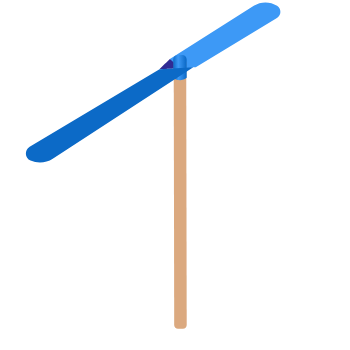 In explaining the whirligig, we'll come to understand the basic principle of rotors and the samara, a seed which spins to fall slowly to the earth, increasing the range of seed dispersal and the evolutionary advantage of the species of tree it falls from.

To start, we'll throw some bouncy balls at a model rotor.

Suppose we shoot bouncy balls at a flat board, as shown below. During the collision, the balls exert a force on the board.

In which direction is this force?

Suppose we shoot bouncy balls in the middle of the tilted board, which makes an angle of 45∘ with the vertical as shown below. In which direction do the balls travel just after the collision? 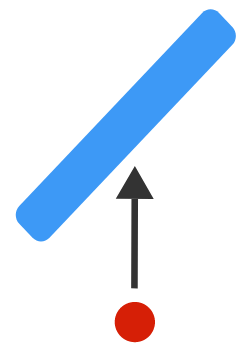 Assume the ball is quite light compared to the board.

In the previous problem, what direction is the force on the board during the ball's bounce? 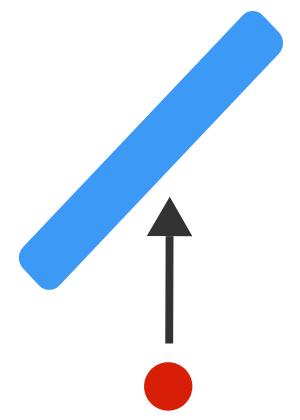 Assume the ball hits the board at the middle.

We've shown that shooting bouncy balls at a wooden board accelerates the board in the direction perpendicular to its surface. Thus, by setting the angle of the board's surface, we can control the direction it gets pushed in.

At this point, you might be wondering, "That's nice, but what does it have to do with the whirligig?" The connection is that molecules of air act roughly like the bouncy balls we considered. When a rotor moves through air, it is constantly colliding with air molecules and therefore receiving tiny impulse forces perpendicular to the orientation of the blades.

The impulse from any given molecule is small, but by moving the rotor very quickly and making the rotor long, the total upward force is enough to lift a helicopter.

Now let's look at some whirligigs. 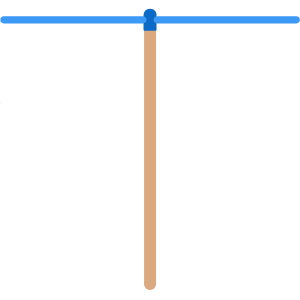 The whirligig shown above has two flat wings. If you spin it in your hands and let it go, how will it move?

Now you spin the whirligig shown below, which has both rotors pitched at the same angle. How will it move?

We've seen how the interaction of the whirligig with the air can result in different movements. In one case we slowed its descent as it fell straight down, and in another the whirligig tumbled end over end as its uniform wing tilt produced an unstable motion.

We now have everything we need to understand how the whirligig (and a helicopter) generates lift.

Suppose we pitch the rotors in opposite directions (as shown below) and spin it counter-clockwise (as seen from above). What will happen when we spin it very quickly? 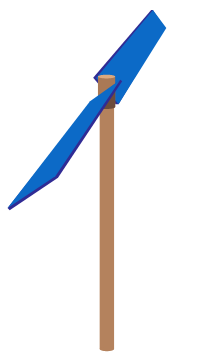 Consider running this the other way round. If we were to drop the last whirligig, its wings would experience a force in the upward direction, along with forces in the clockwise direction from their collisions with air. The overall upward force will cause the whirligig to fall slower than the pull of gravity, while the twisting force will cause it to spin on the way down.

Nature has taken advantage of this mechanism. The so-called samara seeds of maple trees are structured in such a way that a lightweight, pitched wing is attached to a heavy core. This causes the seed to spin on the way down, which effectively presents a disc to the air molecules below so that the seed receives the impulse force from a great many of them. These collisions make the seed fall very slowly, allowing whatever breeze there may be to carry the seed farther, thereby enhancing the dispersal of maple trees. 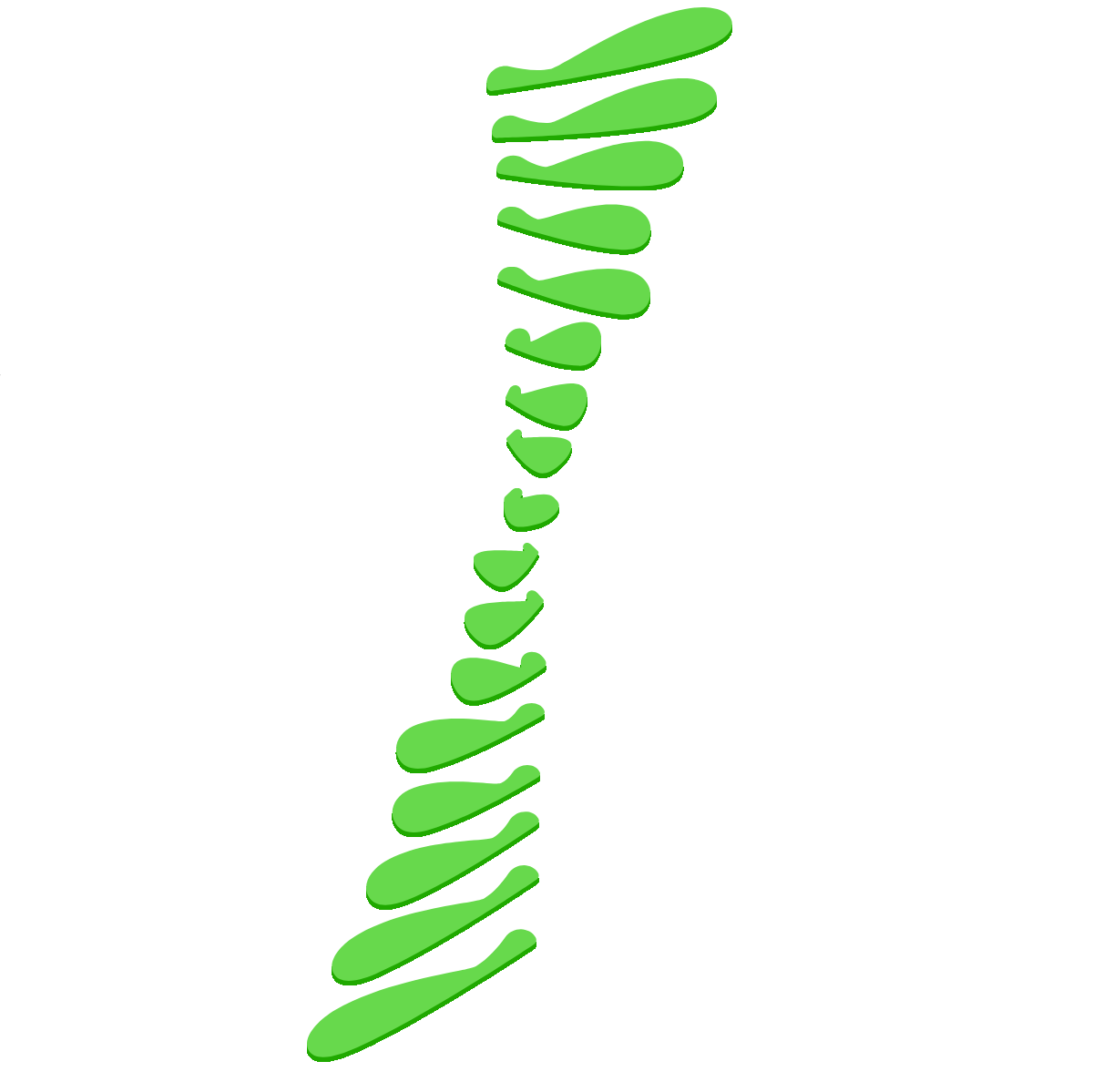 Note that, in this case, the purpose of the spinning is not simply to provide lift. It also keeps the seed in a stable orientation so that it can continue to present a large cross-section to the air.

Were the seed to start tumbling through the air, it would fall quickly and seeds would fall close to the base of the tree.