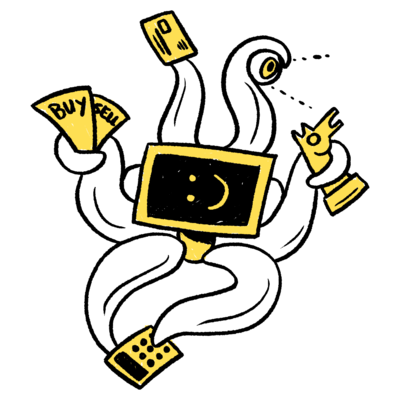 An important part of computer science is understanding how computers can make the right decisions, or at least pretty good ones.

In the first two explorations of this course, you'll be learning about how computers use lots of simple decisions in order to make complex decisions quickly and precisely.

One of the ways computers (and sometimes humans) make decisions is with a structure called a decision tree. Decision trees encode a series of simple yes-or-no questions that you can follow in order to answer a more complex question. Here is a silly decision tree that helps you decide which of eight different creatures you're dealing with: 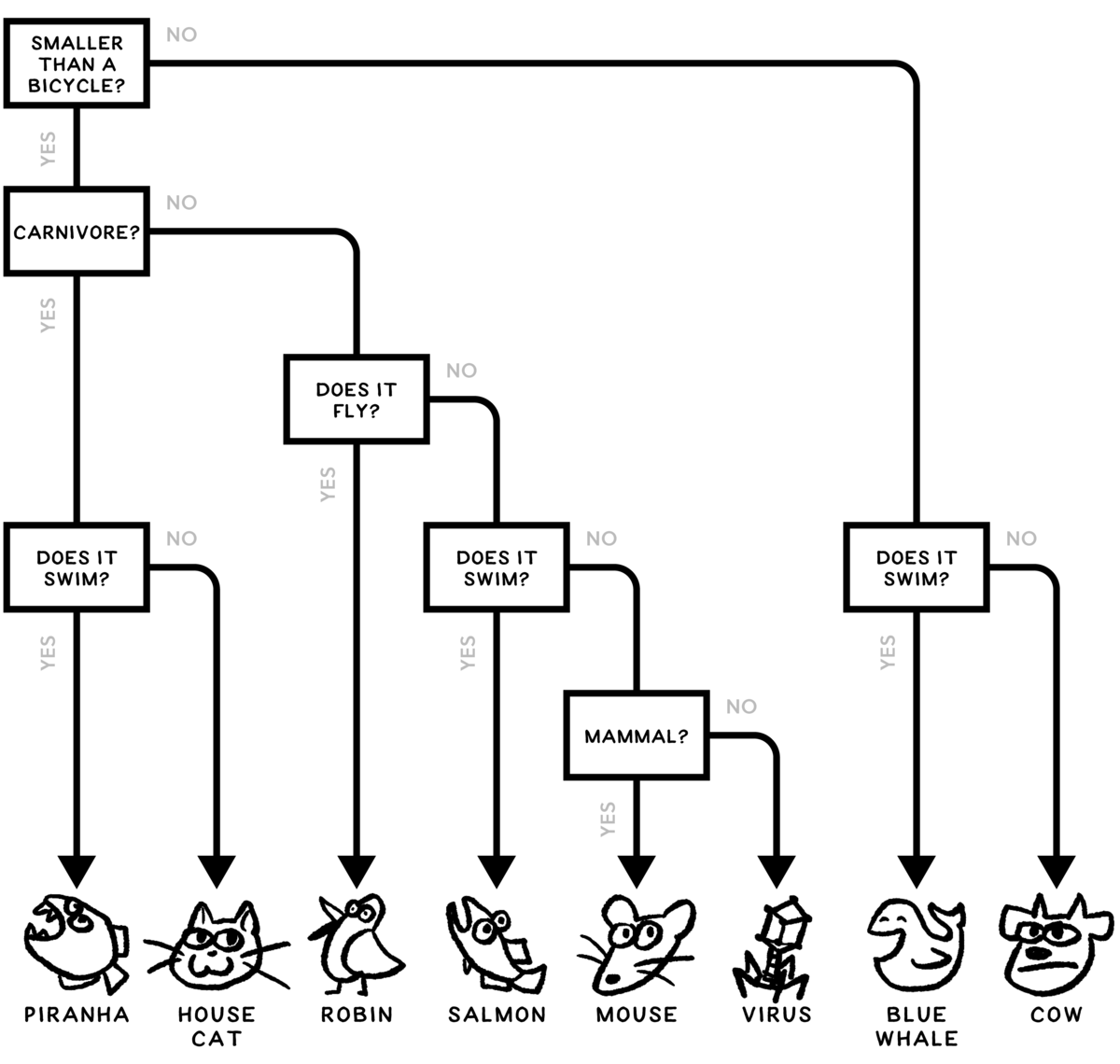 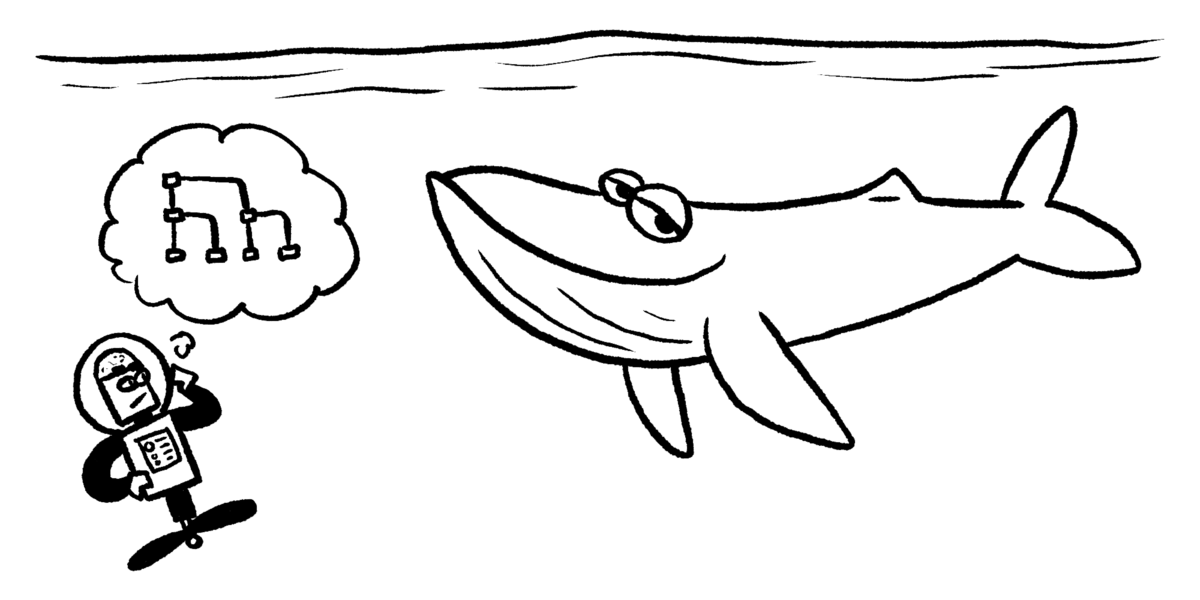 A computer is using this decision tree. Which of the listed creatures will require the computer to ask the most questions?

The first question at the very top of the decision tree is an especially important one. 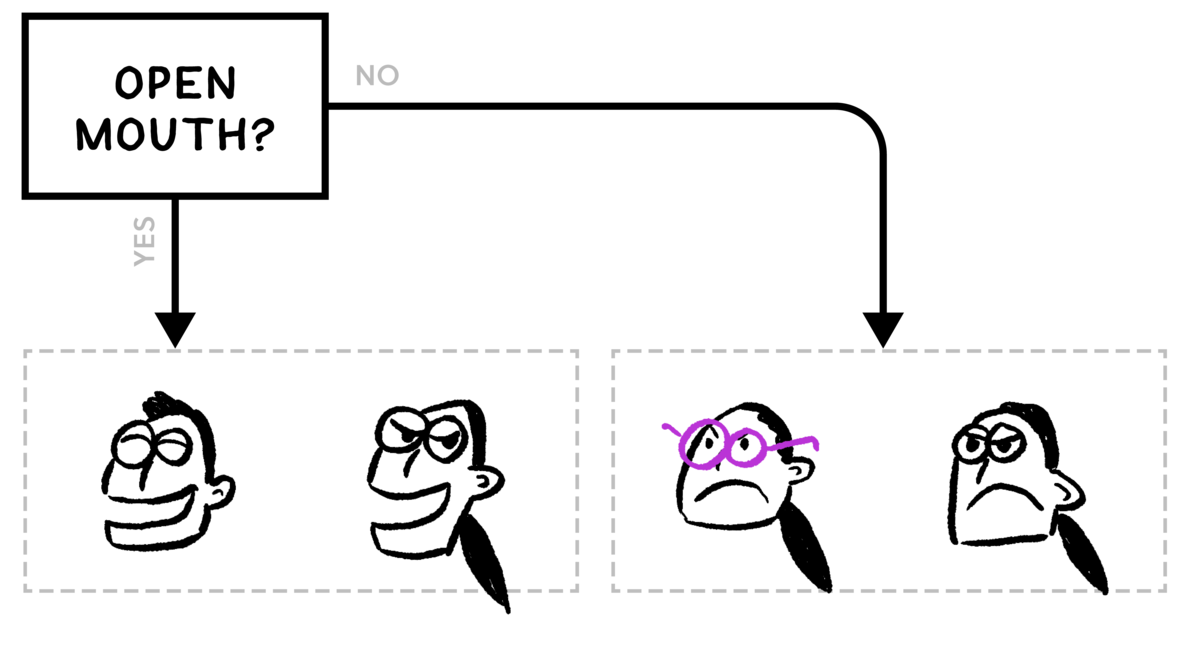 The first question in your decision tree will split the faces into two distinct groups. What is a single question that you could ask of both groups of two in order to identify any single face? 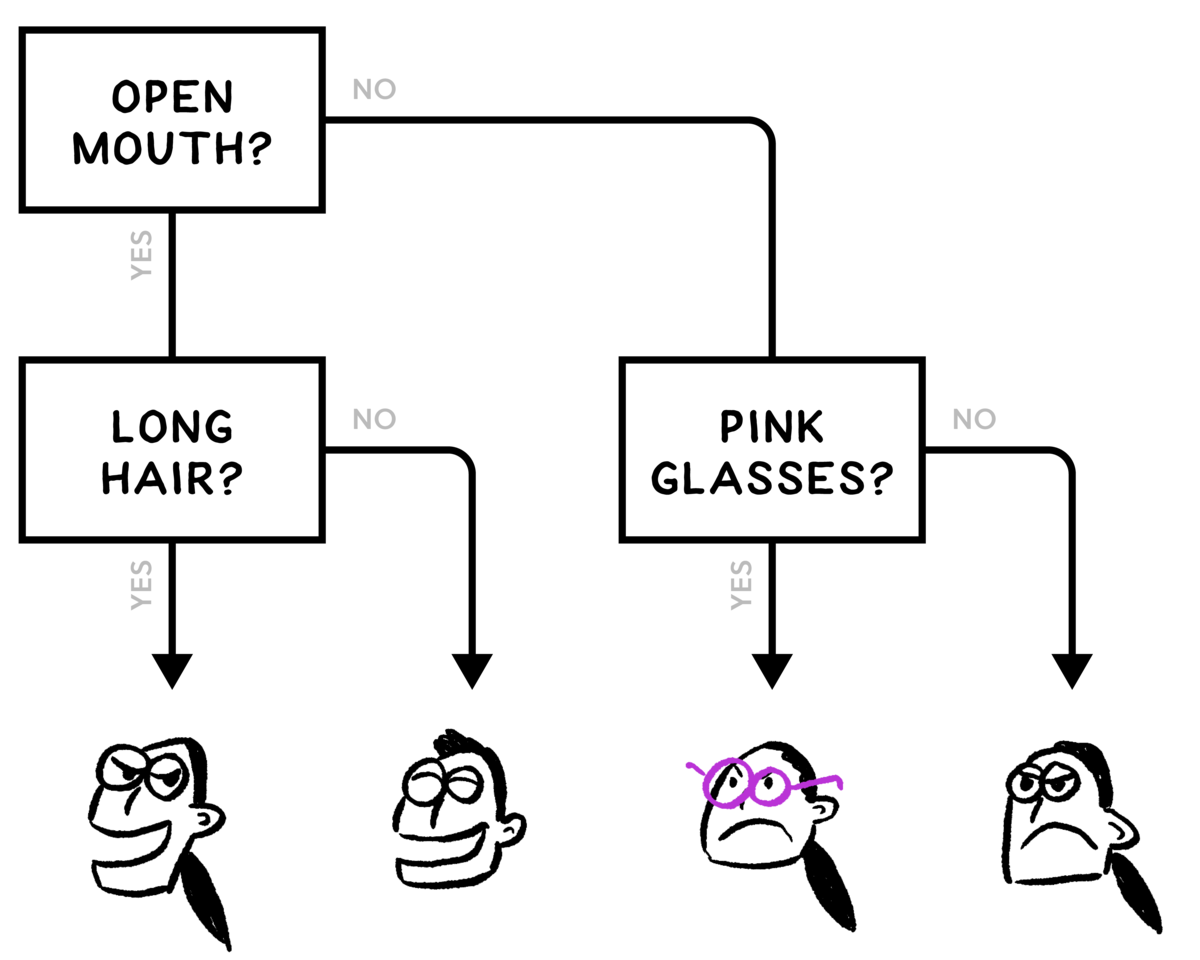 None of the choices you were given were able to further split up both of the groups of two faces. You can nevertheless make a decision tree that distinguishes all four faces, because the tree can ask a different follow-up question based on the answer to the first question. This flexibility makes decision trees quite powerful.

The shape of a decision tree can make a big difference in what happens when you use it. 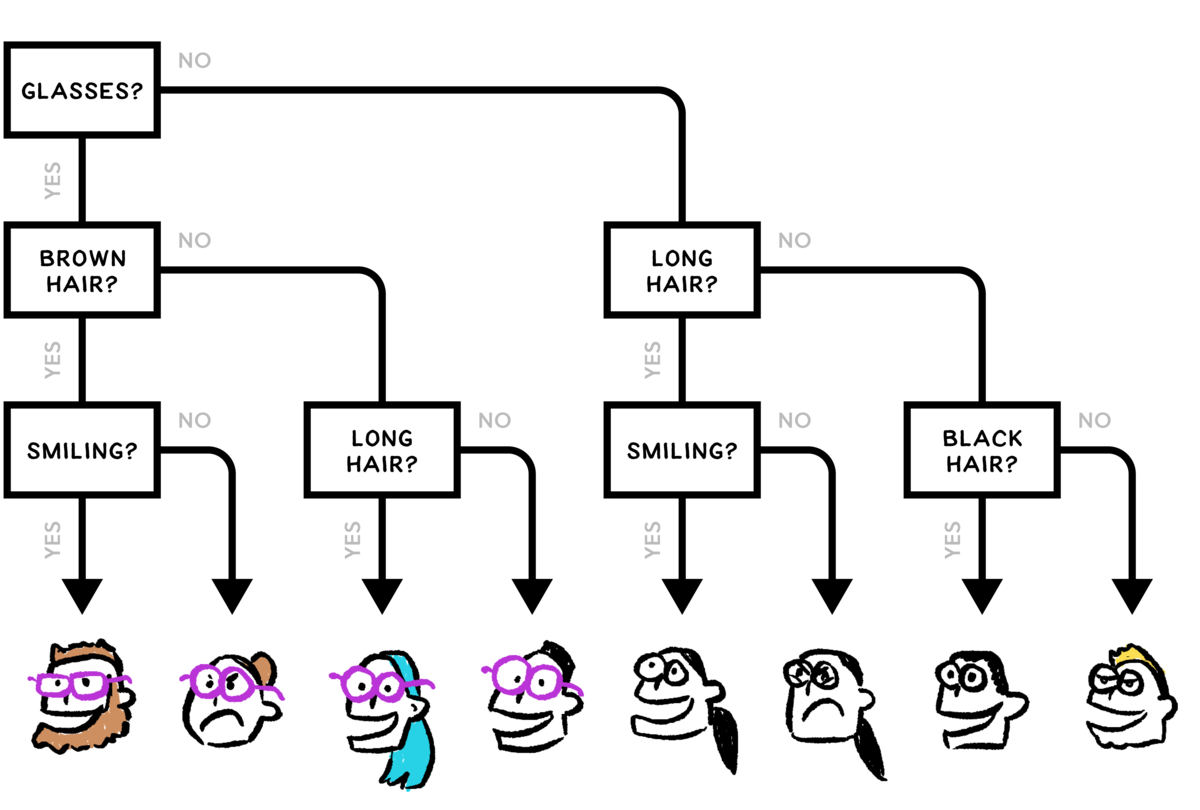 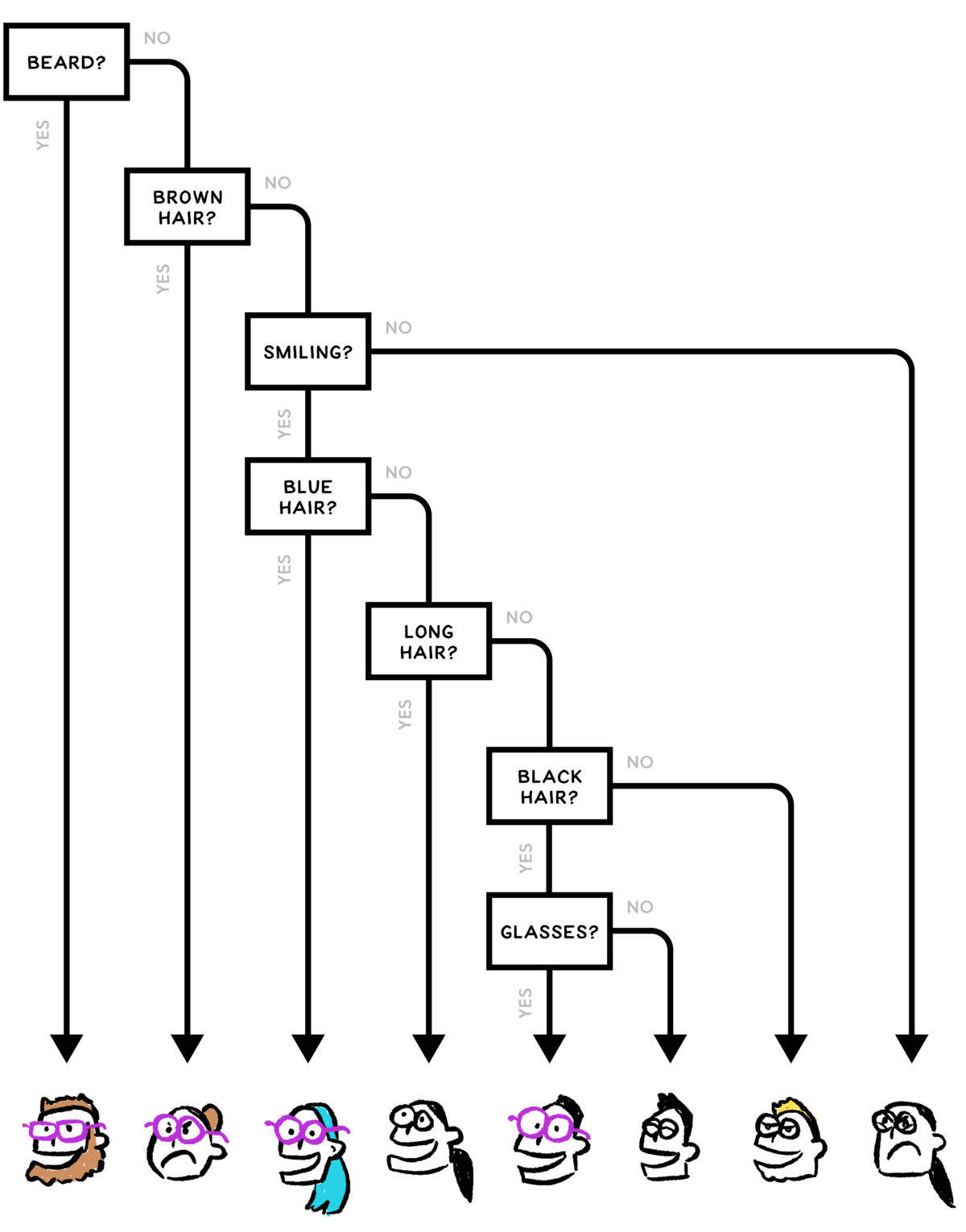 How many of the faces take more than three questions to identify with this decision tree? 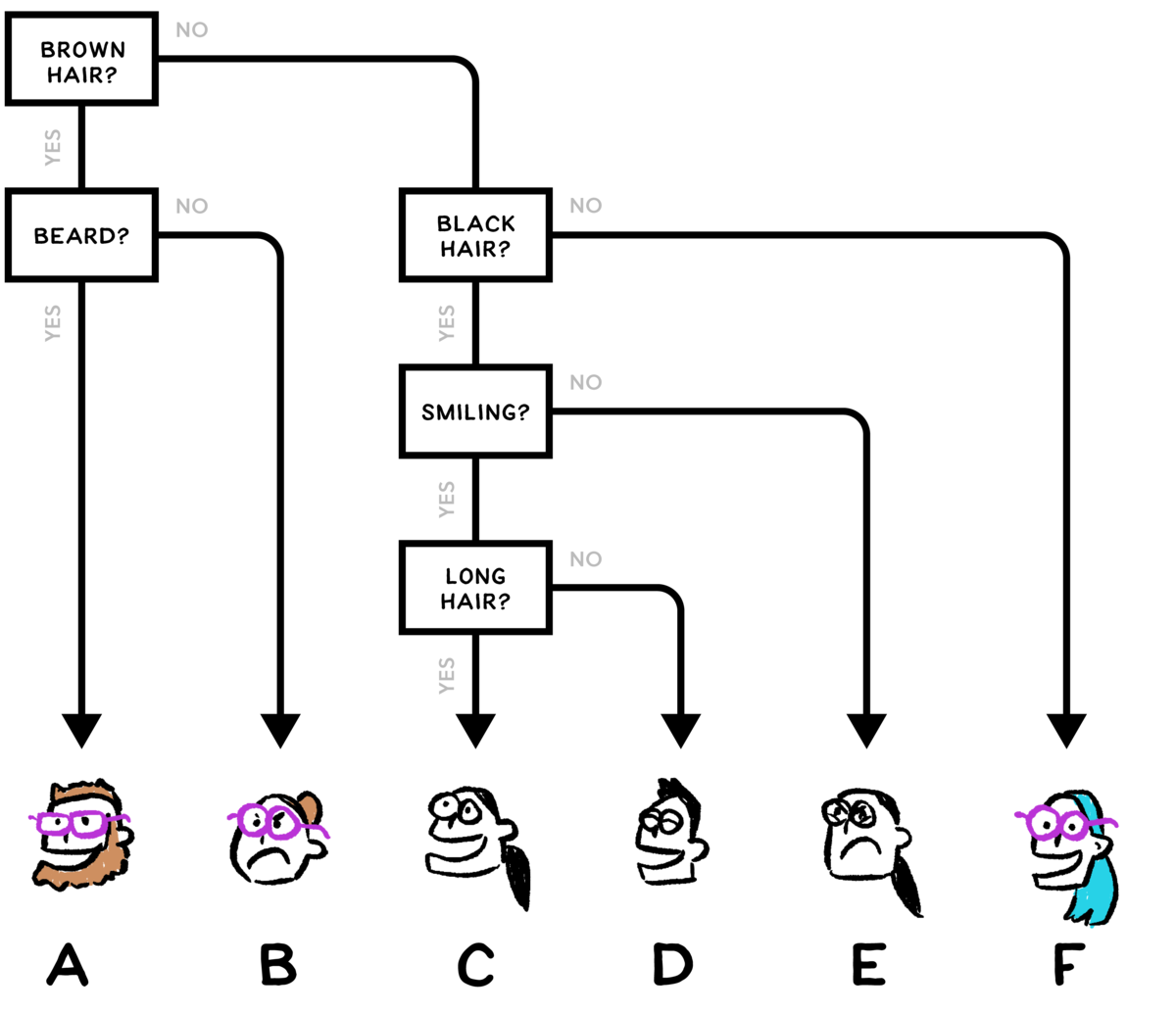 This decision tree has instructions for distinguishing six faces. Which face will you land on if you use this to identify the following, different face: 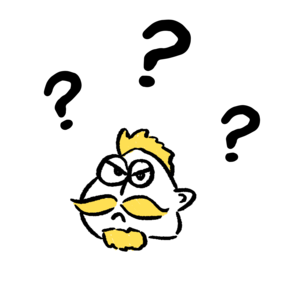 This was a simple example, but if you pay attention to the news, you'll see many real-world examples of exactly the same kind of failure.

It can be funny when computers make mistakes because they were designed with limited information. For example, computer programs designed to identify pictures sometimes "hallucinate" sheep in every field. This is because the computer programs are designed based on a bunch of pictures taken by people on vacation. The pictures of fields taken by people on vacation mostly also contain sheep.

Other cases of computers failing to make good decisions are more worrying. Many computer programs that do real-life facial recognition don't work well for people with darker skin. This can happen when the facial recognition program is designed around a bunch of pictures the designers had easy access to, and those pictures did not contain many people with darker skin. 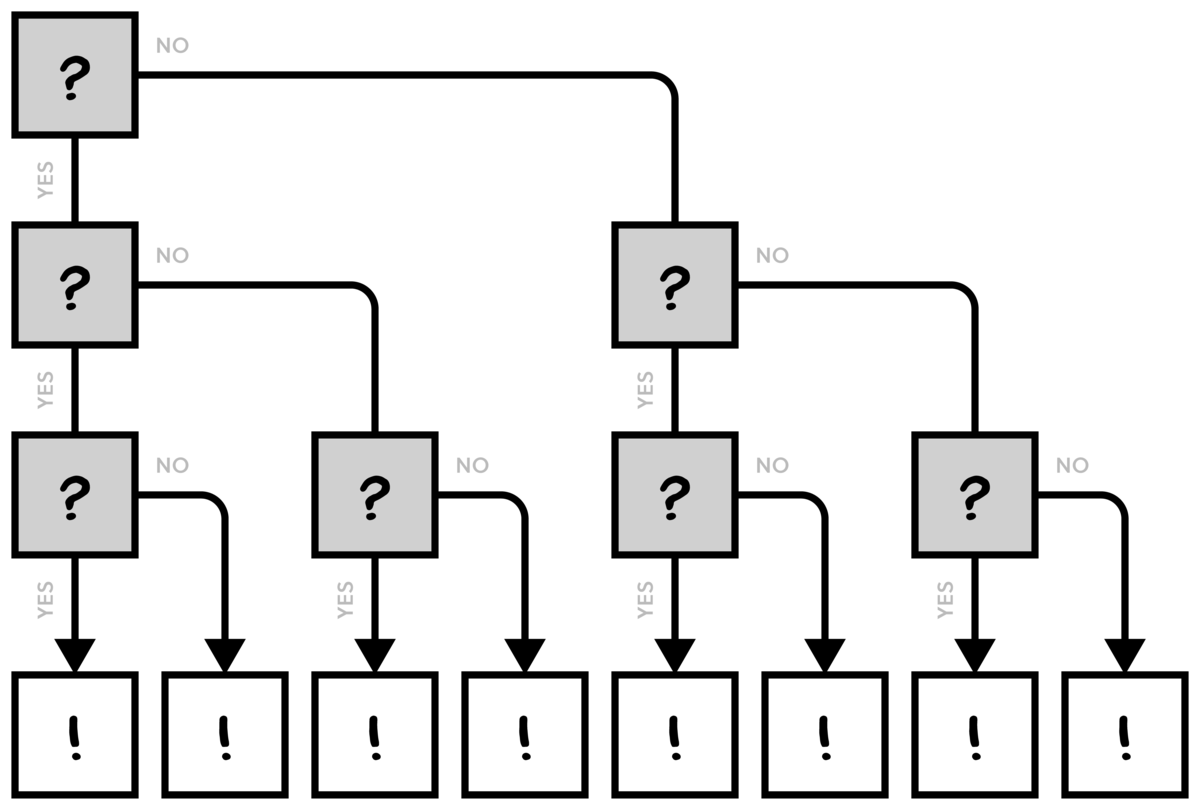 Decision trees aren't the right tool for every problem. For example, how would you use a decision tree to sort a deck of cards?

In the rest of Computer Science Fundamentals, you'll learn about many of the other tools computer scientists use to solve problems.