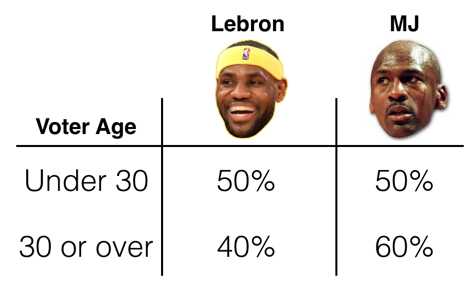 Three states are being allocated 62 seats in a legislative body. State A has 17% of the population, State B has 37%, and State C has 46%.

Applying these percentages to the 62 seats and rounding to the nearest integer means State A gets 11 seats, State B gets 23 seats, and State C gets 29 seats.

What’s wrong with this approach? 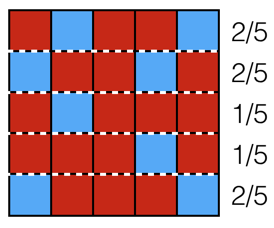 For example, if the voting regions were drawn like this, they would win 1: 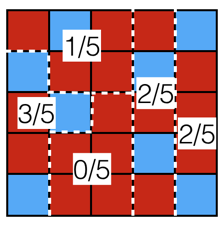 In a two-candidate race where each candidate wants to get as many votes as possible, what position(s) will they take?

Note: In the case where two candidates are equidistant from a voter, assume the voter decides randomly.

There are four candidates in the beginning of an election: 1, 2, 3, and 4. Given the preferences of the four voters below, the only head-to-head race that will not end in a tie is between candidates numbered A and B. What is A×B?