As long as humans have been writing things down, humans have needed help remembering where things were written down.

In modern-day Iraq, archeologists have found a four-thousand-year-old tablet, the most ancient library catalog that we know about. The tablet is a listing of 62 other documents. Presumably, those other documents were all on other tablets, and the catalog helped potential readers quickly see what documents were available.

Even ancient librarians knew that searching is difficult, but the same techniques employed by these ancient tablet catalogs still find use in modern search engines. All it takes is a few Sumerian insights to get around the intimidating amount of time it takes to search all of Twitter...

Whether carved on tablets, inscribed in scrolls, or bound in books, humans continued using book listings to organize libraries for thousands of years. Thomas Jefferson’s sale of 6,487 books to the United States government in 1815, which kickstarted the Library of Congress, came with a catalog, a bound volume that organized the other books by topic.

It was around the same time that large libraries around the world started experimenting with using card catalogs to replace their bound catalogs. Information about each book in a library was written on a separate index card — the French used the backs of playing cards! 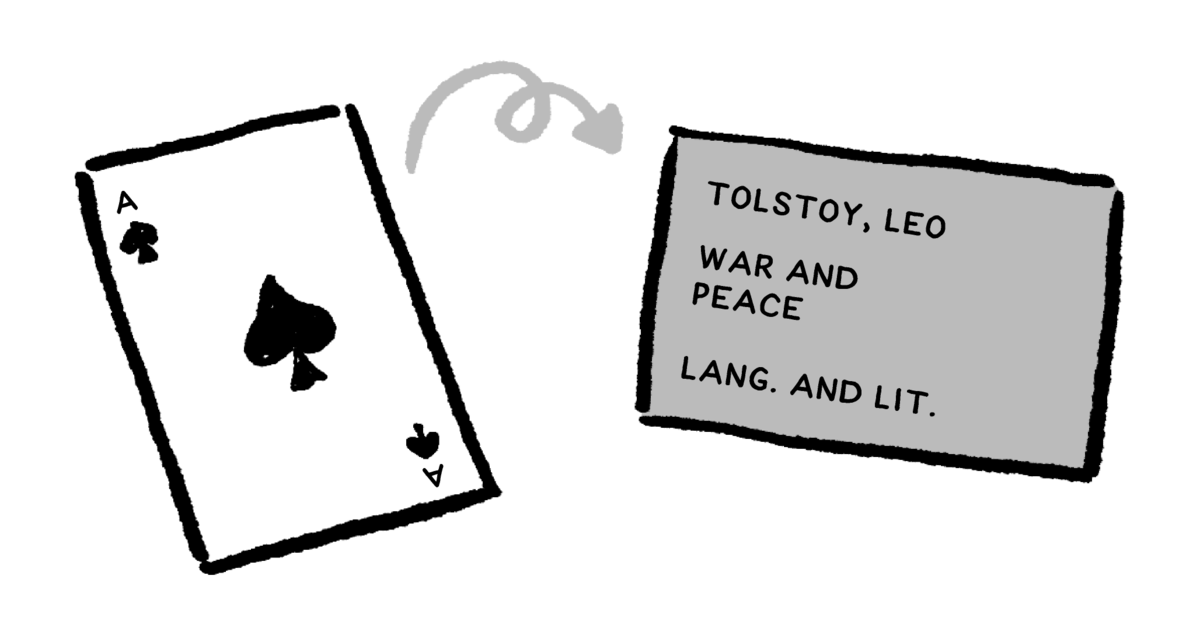 The cards were then kept in some order: for example, in alphabetical order by the author’s name.

What is an advantage of using a card catalog instead of a bound library catalog?

Card catalogs take work to build and maintain, but they make searching for the right book in a library much, much easier, at least if you happen to want to search by the same characteristic that was used to organize the cards. 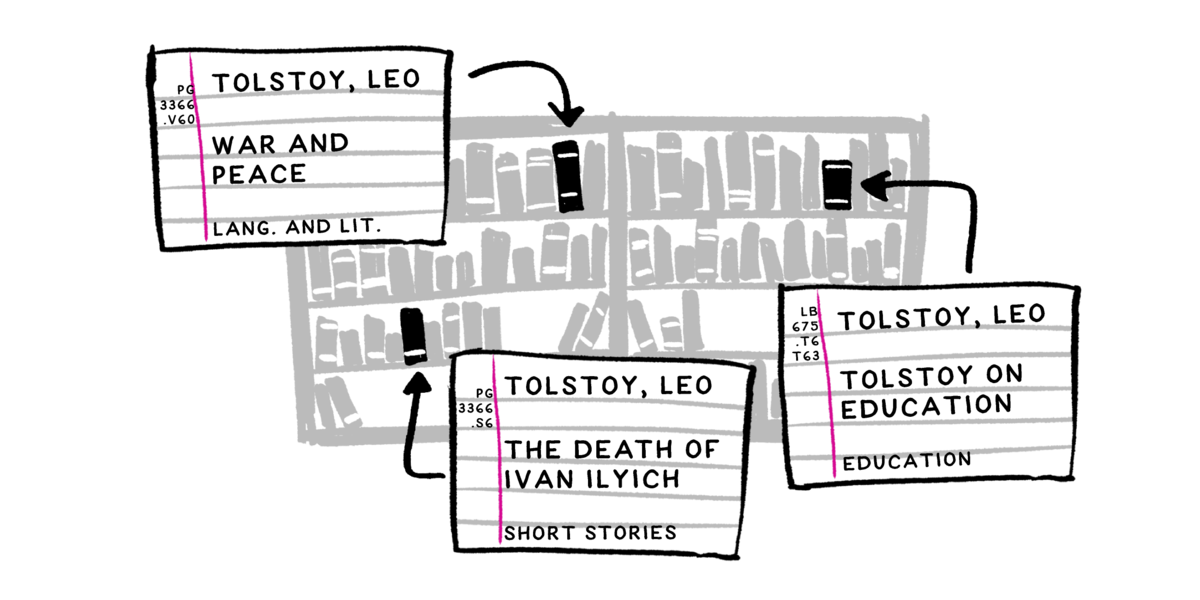 The index of a book has a similar role to a card catalog. An index is for helping you search for a page or passage within a book, rather than finding a book within a larger collection of books. 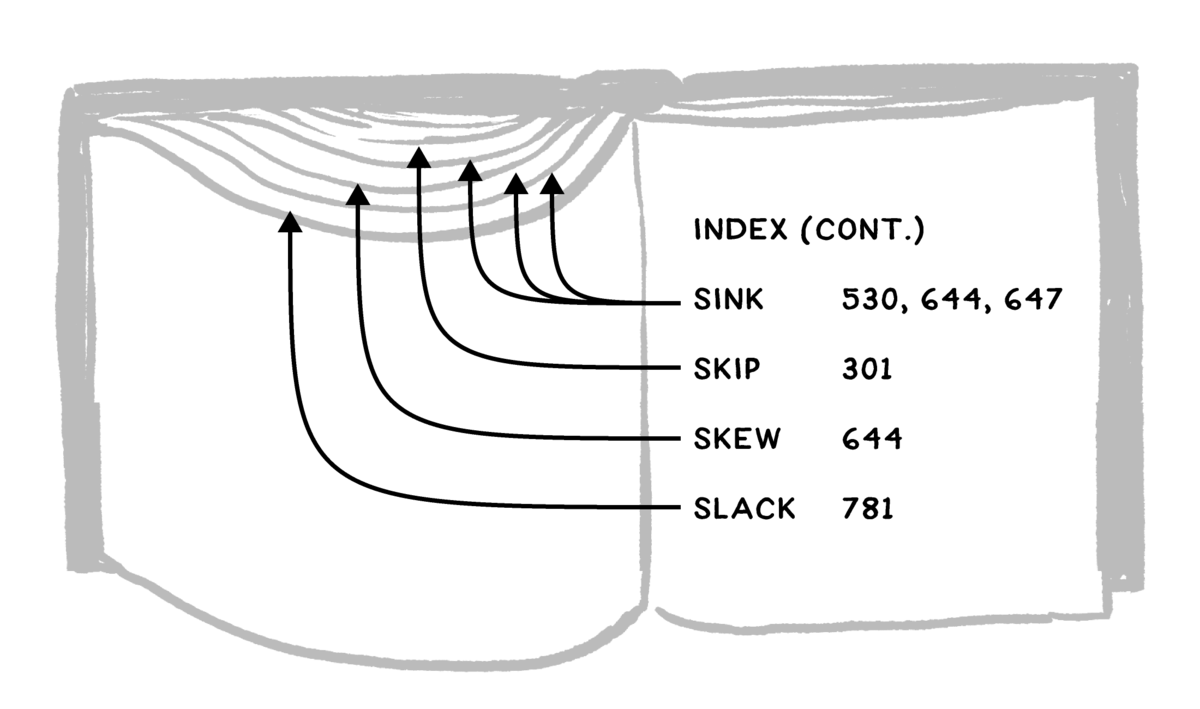 A book's index only contains topics the publisher or author found to be worth including. The index of a book on calculus is likely to contain the word 'integral', whereas the index of a book on world history will not contain it, even though the word may occur in the text: "An integral part of understanding history...".

Imagine that you have a copy of The Complete Annotated Sherlock Holmes, and that this book has an index.

You think that Conan Doyle wrote the phrase "You can't enjoy a puzzle unless you know its rules," but the word "puzzle" doesn't appear in the book's index. What can you conclude?

A book's index is limited to the words that someone else declared were the most important words. One superpower of modern search engines is that they allow you to search for any word that appears anywhere in a document.

There was a piece of pre-internet technology that served a similar purpose: a concordance. A concordance was like a "search-engine-in-a-book" for a single document or work.

A concordance takes every single word that appears anywhere in a document, puts those words in alphabetical order, and lists every place in the document where those words appear. 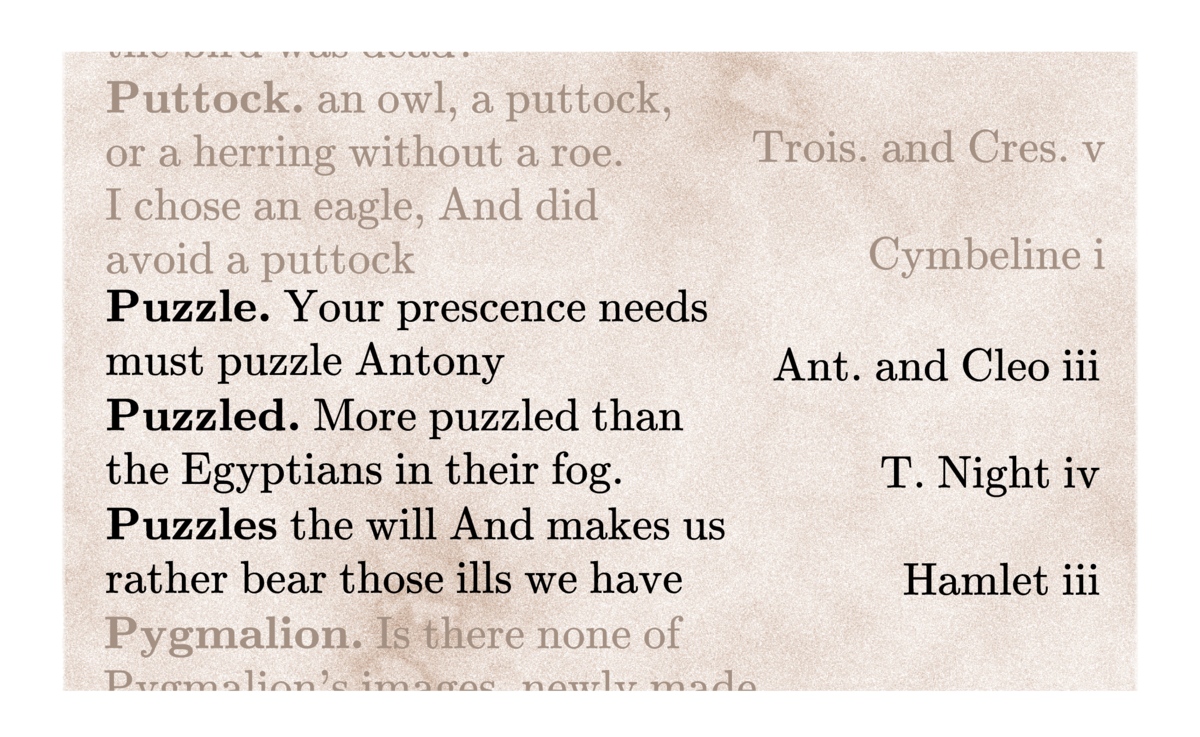 The complete Shakespeare concordance pictured above shows that the word "puzzle" appears in the play "Antony and Cleopatra" (Act III) and that "puzzles" appears in Hamlet (Act III).

Does the Shakespeare play "Romeo and Juliet" contain the word "puzzles"?

To build a concordance without a computer, scholars needed to take every single word that appeared anywhere in the document, put those words in alphabetical order, and list every place in the document where those words appeared, along with their context.

It was only worthwhile to make a concordance when people really, really cared about answering this question:

"Where did I see that word before?"

Unsurprisingly, this was only done for works of particular importance like religious texts. Hundreds of monks worked together to create the first concordance of the Bible in the thirteenth century. 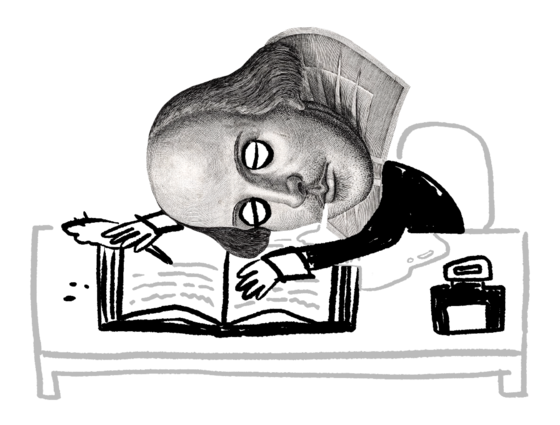 To zzz or not to zzz

Once a concordance exists, it acts like a simple search engine. A concordance only lets you search for a single word at a time, and only within a single document: the Bible, the works of Shakespeare, or the collected stories of Sherlock Holmes. But within those limitations, it allows scholars to answer questions about word usage in seconds that would otherwise have taken weeks or months.

A computer can search Shakespeare by reading the stories, front to back, in about a second.

But as we move to more internet-sized chunks of information, this approach falls flat on its face — Google is not able to handle the firehose of internet content by reading it straight through.

Much like the monks and their concordance, Google keeps structured data that keeps track of where certain words, phrases, or concepts are mentioned. The little Sherlock Holmes search engine that you saw in the last exploration works like this as well.

As you progress through this course, you'll see that modern search engines are based on ideas that are similar to the catalogs, indexes, and concordances in this exploration.