What is the combined measure of one orange and one blue angle (as marked below)? 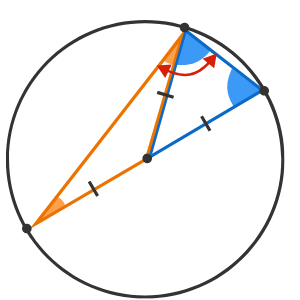 (Note: The line passing through the centre is a diameter).

Thales' theorem states that if a triangle has all three vertices on the circumference of a circle and the diameter of the circle as one of its sides, then the triangle will always be a right triangle. 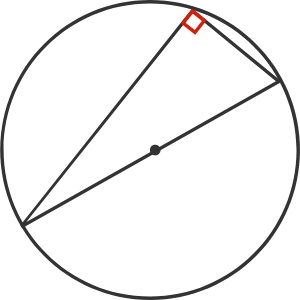 In the diagram below, we have a triangle with three vertices on the circumference that has one side as the diameter of the circle. We created another triangle by connecting one vertex of the triangle to the circle's center.

Since each radius has identical length r, we have two isosceles triangles, one shown in blue and one shown in orange. 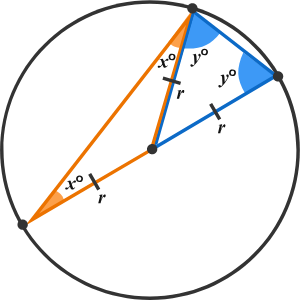 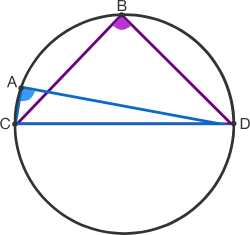 Note: A and B both lie on the circle.

Now we'll test if the theorem works both ways.

If a right triangle is inscribed in a circle, then its hypotenuse must be a diameter of the circle that passes through the circle's center. 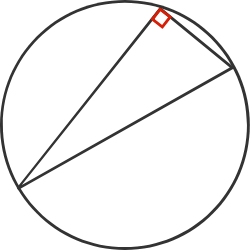 Definition: A triangle is inscribed in a circle if all three of its corners lie on the circumference of the circle. 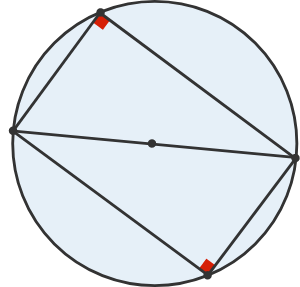 The quadrilateral above is made by inscribing a right triangle in a circle, then rotating it 180∘ and inscribing the triangle again as shown.

Is the quadrilateral a rectangle? 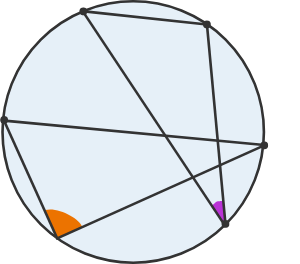