An NBA basketball player want to score 3 points, so he shoots the ball right before the 3-point-line (which is d=6.25 m horizontally away from the basket). The difference in height from where he releases the ball and the basket is roughly h=1 m. Given the gravitational acceleration ag​=−9.8 m/s2, at what angle to the horizontal in degrees did he shoot the ball if the horizontal speed of the ball is 8.71 m/s? 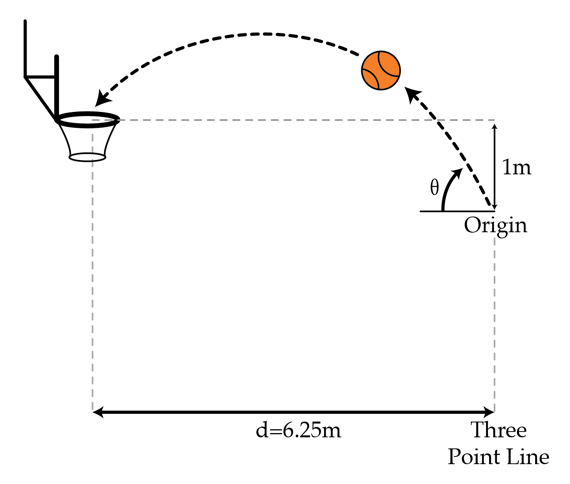 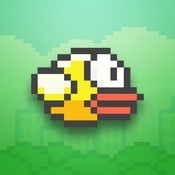 In the insanely addictive game, Flappy Bird, the player's objective is to get a bird through some pipes. Sounds simple, right?

Wrong. The bird is a odd one that only flaps it's wings when you touch your screen. This causes a small burst in speed sending it up, and then causing to plummet, requiring you too tap the screen again. This incessant screen-tapping is especially difficult when you get to the pipes, because maintaining a level height is feat which requires quite a lot of finesse.

Now, every time you tap the screen, the bird is launched up, and comes back down to its original height after just 1 second. If the game obeys the laws of physics, and takes place on Earth, (g=9.8 m/s2), and the small bird has a mass of about 500 grams, find the momentum of the bird right after you touch the screen.

This problem is part of the Science of Apps! series 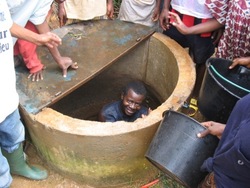 Christopher accidentally fell inside a cylindrical well of depth 15 meters and radius 8 meters. Jumping from the center of the bottom of the well, what is the minimum launch speed that Christopher needs to achieve, in order to jump out of the well?

How far has one beetle traveled in meters when all the beetles meet in the middle? 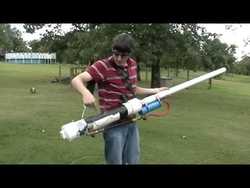 You have a potato cannon, located 30 m from the start of a hill. The hill is inclined at θ=π/6 radians, and your cannon fires potatoes with v0​=40 m/s. If you want to hit a target located 80 m up the hill (measured along the hill), what is the smallest angle, ϕmin​, to which you can set your cannon (in radians)?