The most prominent, undiscovered life-form in our galaxy is the Gloopelhopper -- a giant, anaerobic, high-density slime mold that feeds on heavy metal deposits on asteroids. Gloopelhoppers can grow very massive as they hop from asteroid to asteroid. After a Gloopelhopper depletes the heavy metals on a given asteroid, it readies itself to hop to a new asteroid by roughly forming its mass into a sphere before it applies a large force on its host asteroid’s surface. The force it applies launches the Gloopelhopper from the surface of the asteroid. Of course, momentum is conserved during the launch, so large Gloopelhoppers tend to thrust their host asteroids in the opposite direction as they launch themselves (see figure). 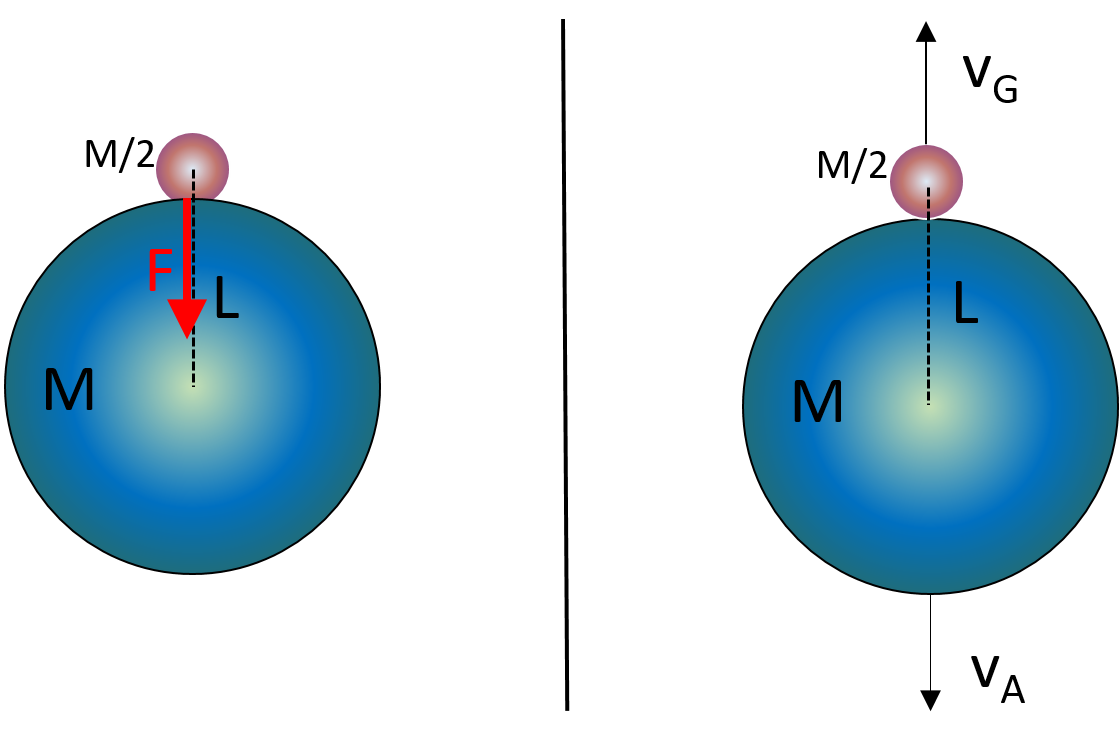 Hint: The recoil speed of the asteroid vA​ contributes significantly to the total kinetic energy in this problem. You can relate the asteroid’s recoil speed to the Gloopelhopper’s launch speed using conservation of momentum.

Also, you should recall that escape speed is defined specifically as the threshold speed needed for a mass to escape to infinity with no excess kinetic energy.