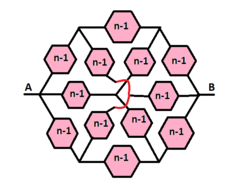 Let us define a hexaresistor (depicted below) 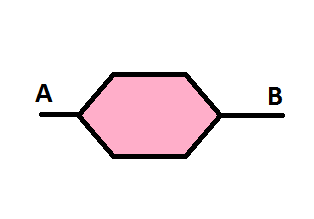 as a hexagonal resistive network which can be described as below: 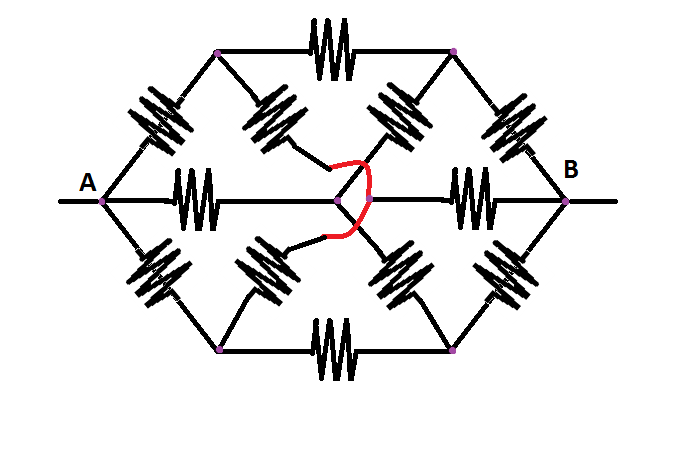 with all the resistors having a value of R.

Then, let us define a second order hexaresistor (depicted below) 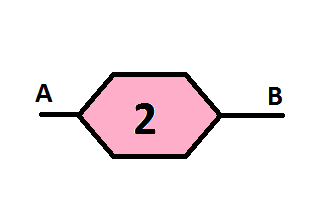 as a network which can be described as a hexagonal resistive network of hexaresistors as shown below: 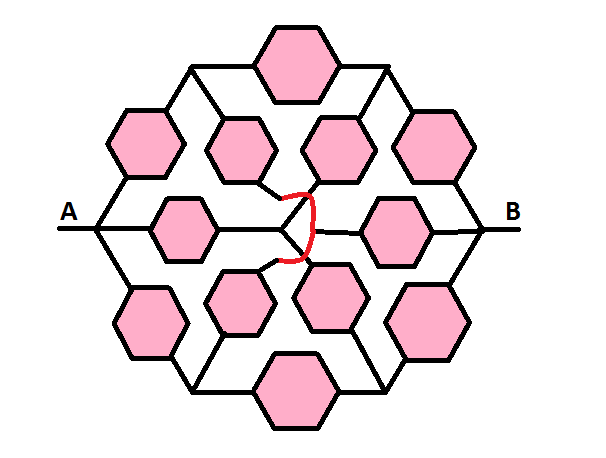 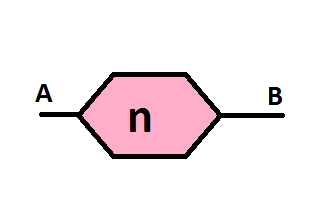 is a network of 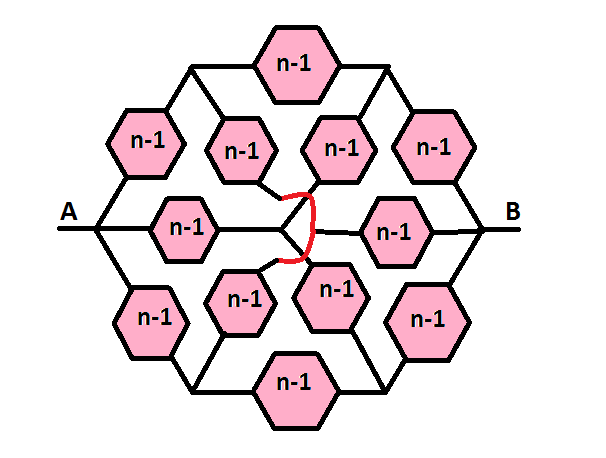 If R= 1000 ohms, determine the resistance from points A to B, where B extends to infinity.

Note: This is physically unrealizable, but theoretically, a particular value is approached.