All terrestrial planets have iron 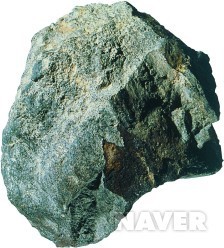 A terrestrial planet, telluric planet or rocky planet is a planet that is composed primarily of silicate rocks or metals. (Iron is very commonly present in rocky planets like Earth.) But like other group 8 elements, iron exists in a wide range of oxidation states. The following reaction formula can appear in the process of iron production: FeX2​OX3​+3CO​2Fe+3COX2​. What is the change in the oxidation number of iron (Fe) before and after the reaction?