Consider the arrangement consisting of a wedge (radius R=2 meters) and a small block , both having same mass, m. The wedge is free to move.The upper surface of wedge is semicircular. Initially, both of them are rest. The block is released from A as shown in the figure. The speed of the wedge(in m/s) can be expressed as f(θ). Find 100f′(θ) at θ=4π​ to the nearest integer 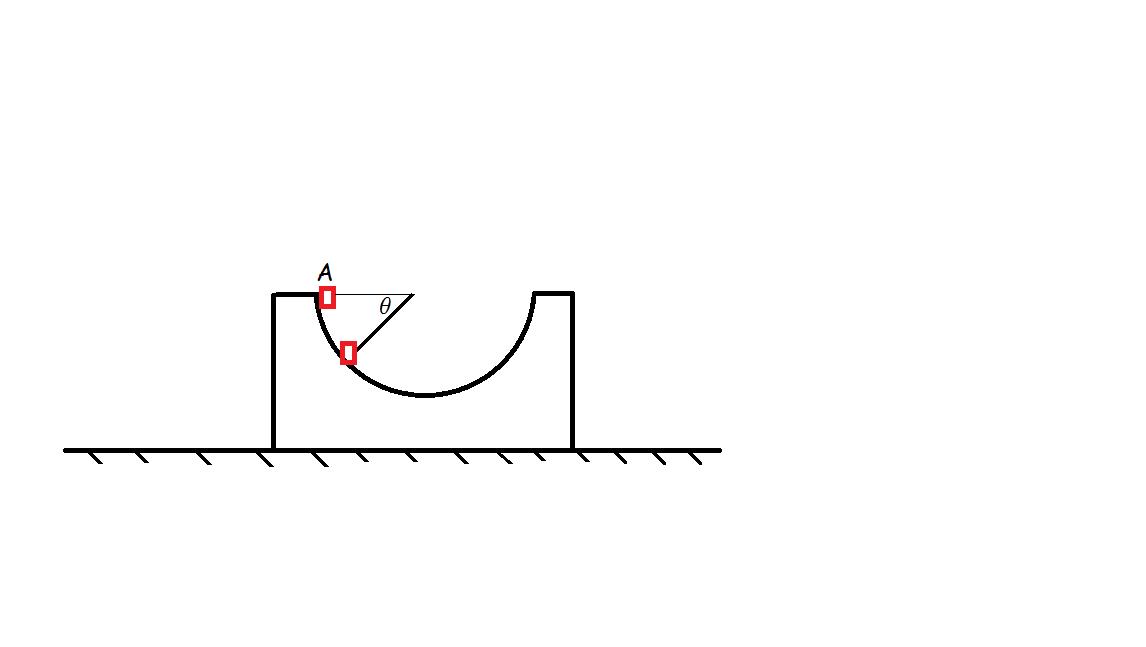