A particle describes a path (see the figure below) which in polar coordinates is given by the equation r2=R2cos(2θ). It turns out that such trajectory is possible when the particle moves under the influence of a central force of the form F(r)=rnC​ where C is a constant, r is the distance to the origin O and n is an integer. Determine n. 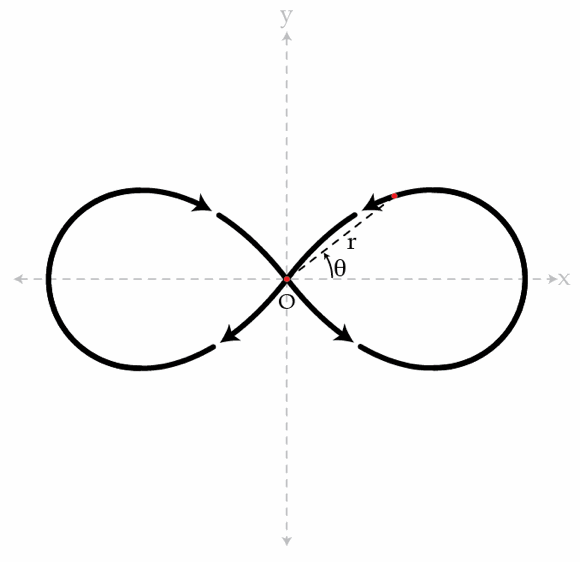 Note that a central force is always directed toward a fixed point (point O in this case).