Also at t=0, you take control of an anti-aircraft artillery cannon and fire a shot to bring down the enemy plane. The cannon has a muzzle velocity of 1000 m/s, and it can be aimed in any direction. Your position is (x,y,z)=(0 m, 0 m, 0 m). 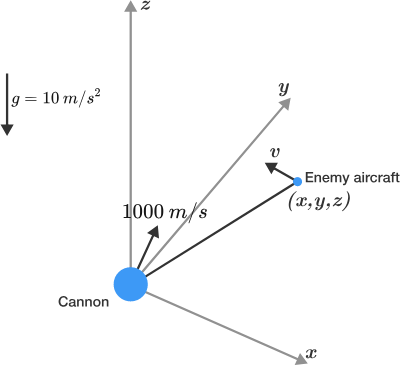 There is an ambient gravitational acceleration of 10 m/s2 in the −z direction (downward).

At what time (in seconds) does the artillery shell strike the enemy plane?