Sorry that the question seems confusing at first, since brilliant glitched and didn’t save my edits :/

Whole set
Carefully read assumptions before answering
As in the figure, there are rays OA,OB,OC. ∠BOC=50∘. Let OA be a rod which overlaps ray OC. As ray OA rotates counter-clockwise around point O at a speed of 10∘ per second, there are moments when one of OA,OB,OC bisects the angle formed by the other two. 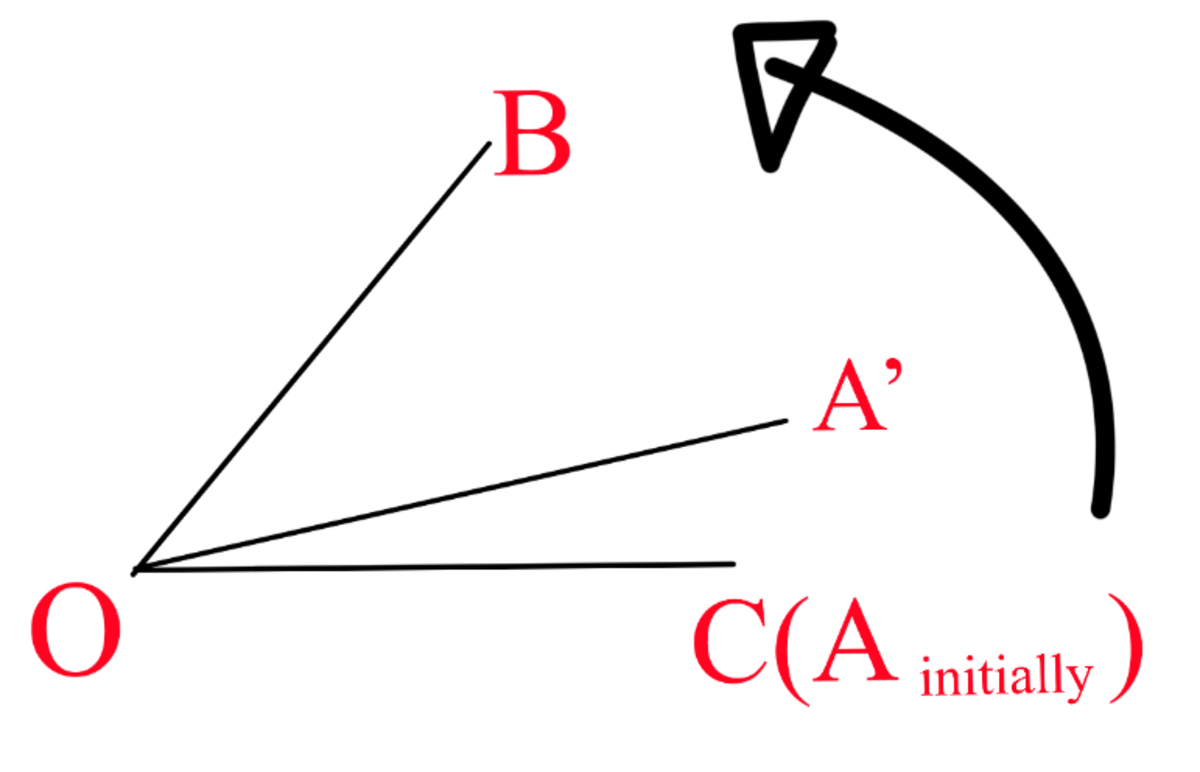