Seven Thieves In The Forest 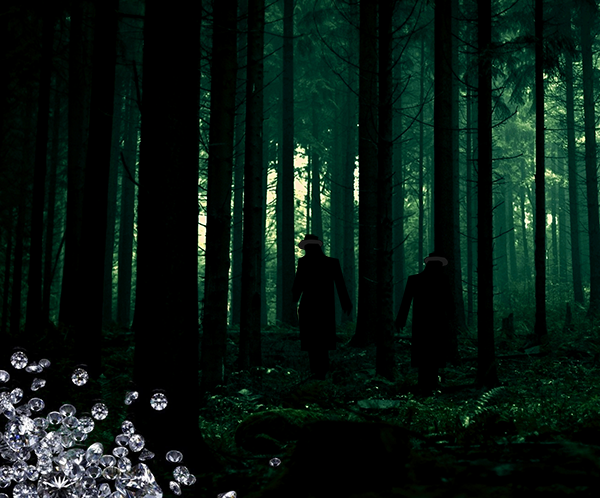 Seven thieves stole some diamonds of equal size, shape, and mass. Then they ran into forest. At the dark time of night they all slept. At midnight when all were sleeping, two of them woke up and tried to distribute the diamonds, but they found that one diamond remained and were unable to divide equally. So, they made a 3rd thief wake up. Again they found same problem of dividing the diamonds, where one diamond remained. Similarly, they made a 4th, 5th, and 6th thief wake up, one by one, and each time found the same problem of dividing, where one diamond remained. But at last when they woke up the 7th member, the diamonds were equally distributed between them.

Assuming the thieves stole more than one diamond, find the smallest possible number of diamonds that were initially stolen by the thieves.