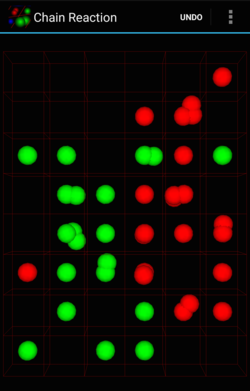 Alice and Bob wanted to play a game of Chain Reaction. However, they had a lot of homework to do and had very little time, so they wanted the game to end very quickly.

What is the minimum number of moves they could have made in a single game?