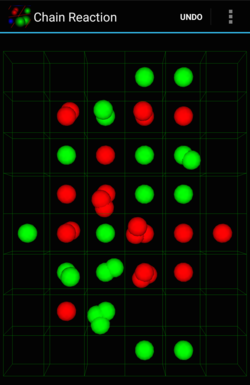 One day Alice and Bob were terribly bored, so they decided to play a game of Chain Reaction. Once they started playing, they were having so much fun that they didn't want the game to end.

What is the maximum number of moves they could have made in a single game?