Charged plates, one after the other. 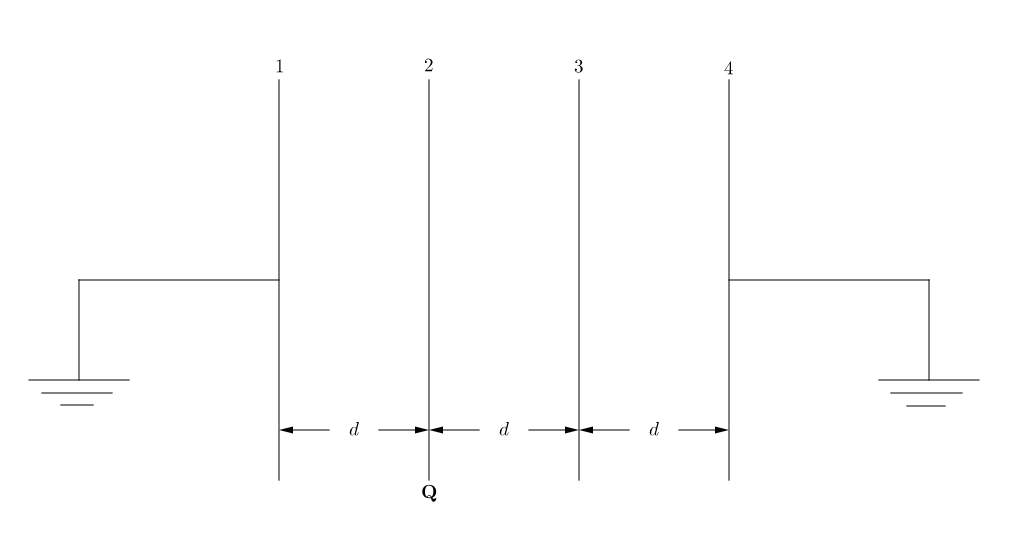 Four identical metallic plates (initially uncharged), each having area of cross section A, are each separated by a distance of d, as shown in the figure above. Plate 2 is given a charge of Q. Plates 1 and 4 are both earthed via a very thin conducting wire. Find the potential difference between plates 2 and 3.