A famous chemist was murdered in his own lab. There was no evidence except for a piece of paper with the names of chemical substances on it. On the day he was murdered, the chemist had only 3 visitors: his wife, Mary, his nephew Nicolas, and his friend Jonathan. 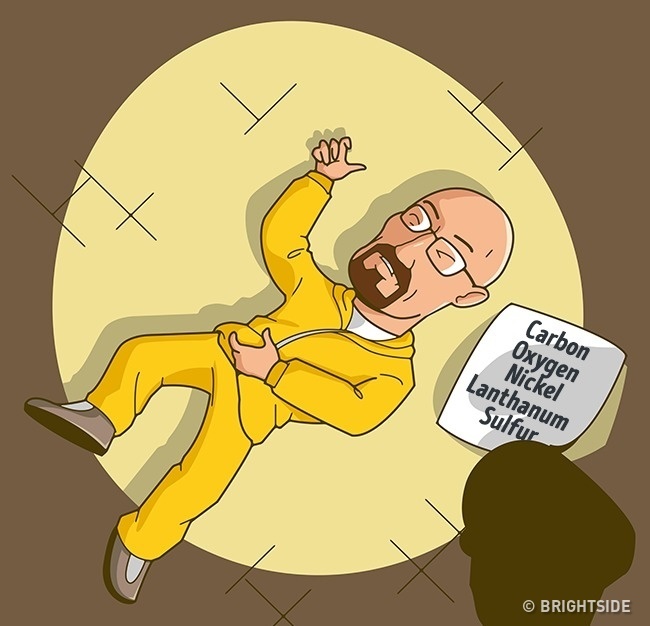 The police arrested the murderer right away. Who was it?

Read the piece of paper in the picture.