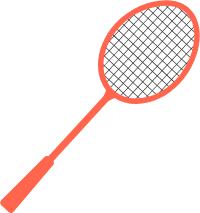 Magnus, Garry, and Fabiano are playing in an exhibition badminton event. In this exhibition, after two players face off for a set, the winner of the set stays on the court to play the player who was sitting out.