Children sliding down a hill

Two children stand on a large sloping hillside that can be considered as a plane. The angle of the incline of the hillside is α. The ground is just sufficiently icy that a child would slide downhill with uniform speed as a result of receiving even the slightest impulse down the hill.

For fun, one of the children (leaning against a tree) pushes the other child with a horizontal initial speed of v0​=1 m/s, who then slides down the slope, as indicated by the curved arrow. What will be this child's final speed (in m/s) if air drag is negligible and the frictional force is independent of speed? 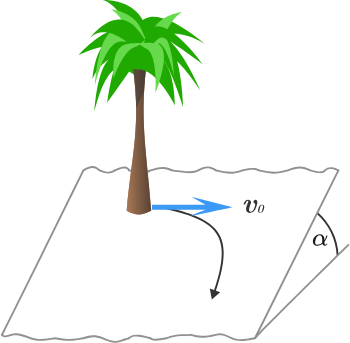 by A Former Brilliant Member
×