A narrow beam of electrons passes close to the surface of a large metallic mirror with a diffraction grating of period d=2 μm inscribed on it as shown in the figure. The electrons move with v=0.9c (c is the speed of light) at right angles to the lines of the grating. As a result of the etchings, the electrons may emit visible radiation whose wavelength depends on the angle of observation θ. At which angle θ in degrees will the observed radiation be green? Assume that the velocity of the electrons is not affected by the mirror. 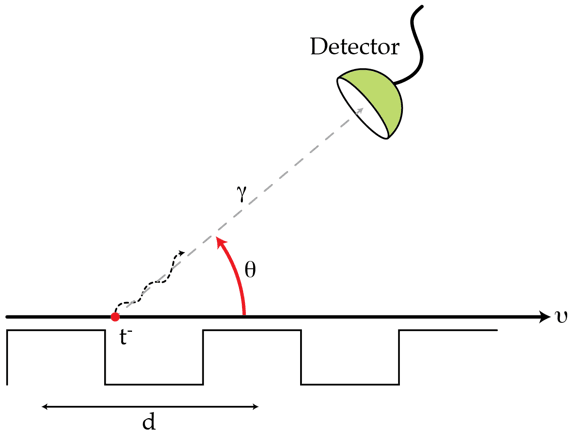