Construction Is A Piece Of Cake, Right? (Part-2) 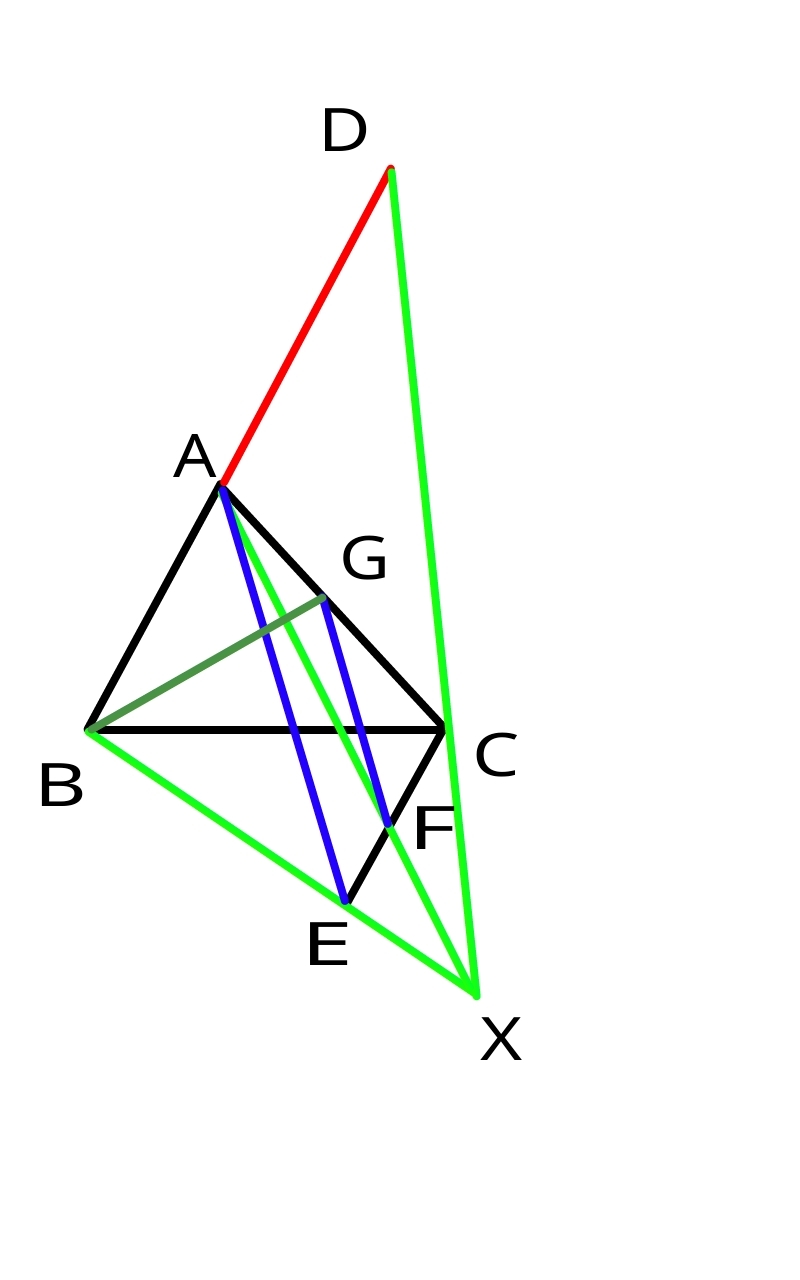 Akshat influenced by Anshuman and took an arbitrary △ABC and started doing aimless constructions, the steps of which are given below-

(2) Then he constructed an ∠ECB which is equal to ∠ABC (E being any point lying on the opposite side of AD).

(3) He then joined BE and DC which meet each other at X.

(4) Then he joined AX which intersects EC at F.

(5) Next, he joined AE and drew parallel to it from F which meets AC at G.

Akshat then wondered what BG could possibly be equal to?