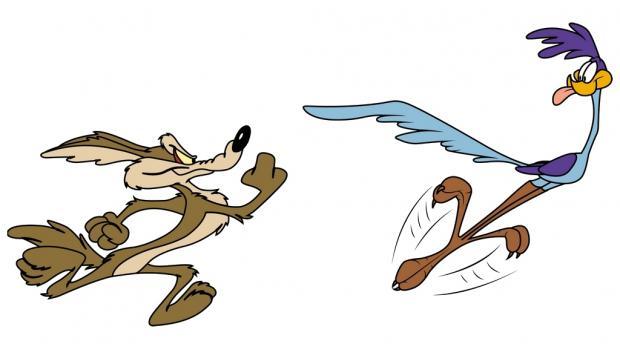 The Coyote was chasing his nemesis, the Road Runner, from the starting point A. He began running towards his prey along the straight road eastward for 90 meters before the Road Runner made 180 degrees turn and sprinted in the opposite direction. The Coyote followed in pursuit and ran westward for 80% distance of the first track before the Road Runner made the same turn and took off in the opposite direction again. Track after track, the two animals kept on running in the same pattern, and the elapsed distance was 80% of the previous track.

As the number of tracks was approaching infinity, how far (in meters) would the Coyote be away from the original point A?