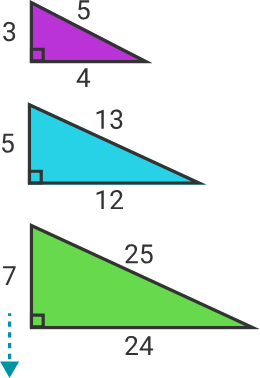 True or False:
Every odd number greater than 1 is the smallest member of a primitive Pythagorean triple.