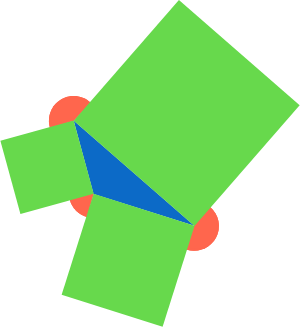 Three squares are added to the sides of a triangle as shown. Is the following statement true or false?

"The sum of the three red angles will always equal 360∘ regardless of the type of triangle drawn."

Bonus: Can you find a set of angles whose sum is 720∘?