Demento-Santa (getting warmed up a.k.a. hot cocoa edition)

Demento-Santa enters the workshop at his evil lair on the South Pole where he is holding a number of elves he has kidnapped from Santa's workshop at the North Pole. He offers them a grand bargain. Although they're starved, tired, and can't even support their own weight, he'll open the bay doors and let the elves make a run for it if they can play and survive the following game:

Demento-Santa puts the elves into separate the rooms and affixes a 0 or 1 (randomly) to the forehead of each elf. In each room is a set of closed-circuit monitors that allow each elf to see every other elf, but not themselves. In other words, each elf can see the numbers of the other elves but not their own number. On Demento-Santa's command, every elf must either guess the number on his head, or decline to guess. If no elves guess, they all instantly die. If any elf guesses incorrectly, they also all die. If the elves who guess all guess correctly, the bay doors open and they are free to leave. 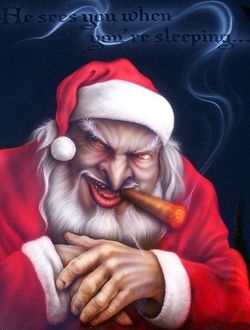 The question is: The maximum chance for the elves to survive can be written as a/b where a and b are positive coprime integers. What is the value of a+b?