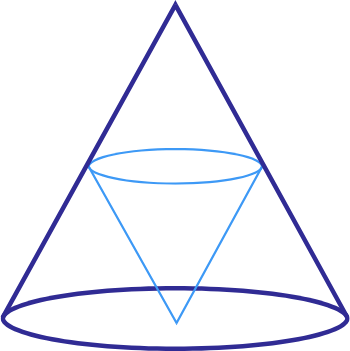 Inside the cone we place a second, smaller cone, as shown in the drawing.

How much is the volume of the smaller cone?