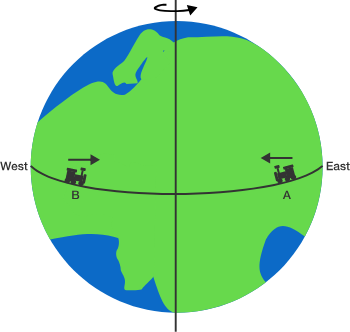 Two trains of equal masses are running on a track along the equator of the Earth. Train A runs from east to west, and train B from west to east. The speedometers of the trains show that they are running at equal and constant speeds.

Which train exerts a greater force on the track?