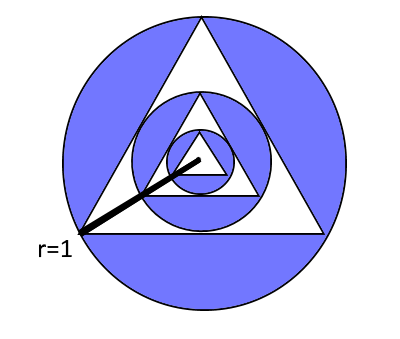 What is the ratio (in percentage) of the ​area of the blue region to the area of the largest circle?