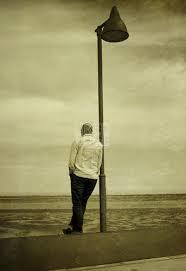 John is walking by the edge of a road at night.

There is a lamp post besides the road, which is working. The nearest point on the road to the lamp post is P.

His shadow is produced due to the light from the lamp post.

Next, when John walks from point Q to point P, he further notices two things.

2) The length of his shadow when he was at point Q and the distance between him and the pole at point P are equal.

On the basis of the data collected by John, find the height of the lamp post (in meters), if his height is 1.8 m.

∙ P, Q and R are co-linear and are on the edge of the road.

∙ Ignore any light other than that coming from the lamp post in question.