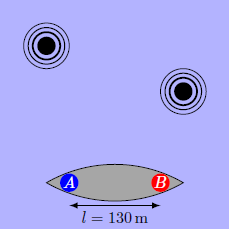 A submarine lies in wait and stands still under water at a depth of d=200 m to track down an enemy espionage submarine, which is at the same depth. Our submarine has two hydrophones installed at the bow and the stern of the ship at points A and B, which are l=130 m apart from each other. The engine of the enemy submarine emits a short and high sound at regular intervals, which is detected by hydrophones. The recorded sound signals for two of these sounds are shown below.

What is the speed of the enemy submarine in m/s? 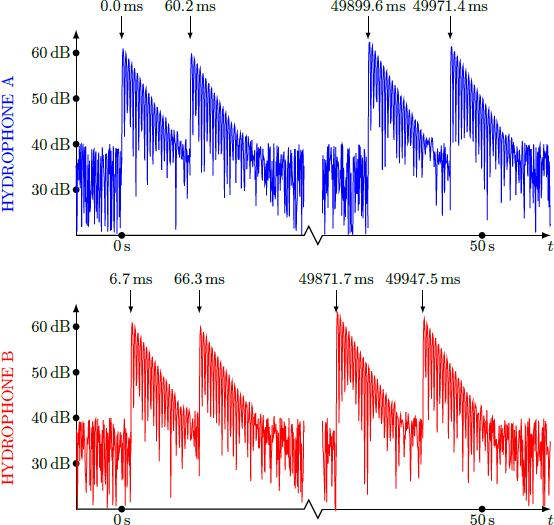