A pianist who owns a rare antique four-legged piano hires a professional piano moving company to have it moved into his studio. After they've moved the piano, the movers present him with a bill based on the weight of the piano, which they say is 900 pounds. When asked by the pianist how they came to that figure, they explain their procedure for grand pianos which usually have three legs: 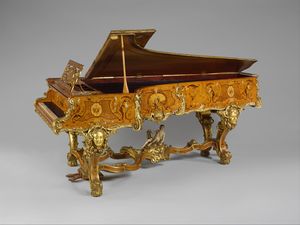 1. Lift up one leg slightly and slide a weighing scale underneath.
2. Record down the weight on the scale.
3. Repeat this for all the other legs.
4. Sum up the weights.

The movers show him a diagram of the piano, and the weights recorded at each of the legs. 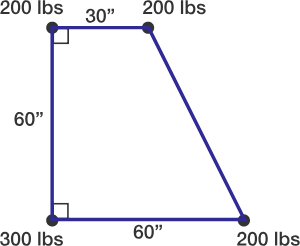 The pianist objects, saying that there is no way that piano can weigh 900 pounds. He suspects that the back legs are double-counted, and insists that the piano only weighs 200+200+300=700 pounds.

As it turns out, neither of them are right. What is the true weight of the piano, in pounds?

Note: The scale is not paper-thin, it does lift the piano leg a little off the floor.