Is that enough slices? 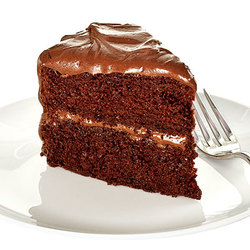 A man is hired to cut cake at a party. He was informed the day before the party that 28 people could definitely attend the party but one person wasn't sure if he could make it or not. To make sure everything would be fair, he decided the cut the circular cake into slices such that if either 28 or 29 people attended the party, the cake could be distributed evenly to all attendees. At first he thought he needed 28∗29=812 slices but his wife informed him that he was being an idiot.

What is the minimum number of slices the cake cutter needs to slice the cake into such that either 28 or 29 people can attend the party and the cake can still be distributed evenly?