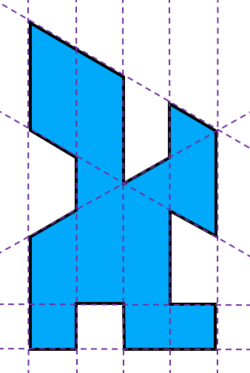 Given an N-gon, we say that a line is loyal if it intersects the perimeter of the N-gon along the entire length of exactly one edge. Determine the largest integer N such that every non-degenerate N-gon has a loyal line.