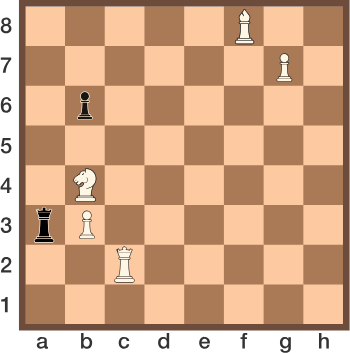 White to play and mate in 3. (Black plays optimally throughout.)