Consider a Mobius strip whose width (the red line) is extended indefinitely in both directions throughout 3D space. Note that the Mobius surface will intersect itself. 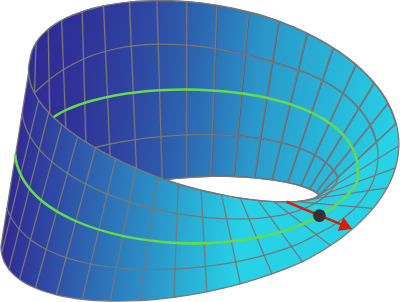 Consider all the regions that this surface would divide 3D space into. How many (disconnected) regions are there? And how many of them have an infinite volume?