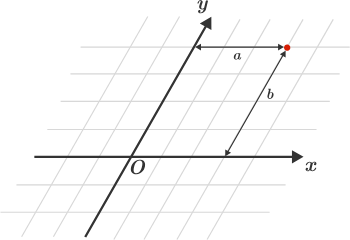 Question: We are given two points: A (1,6) and B (5,2) in an oblique coordinate system where the angle between the positive axes is 60∘. What is the distance between the two points, AB?