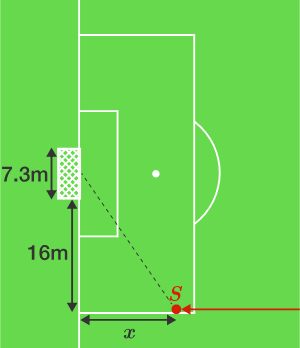 In a soccer match, the striker (point S) has beaten all defenders and is running parallel to the sideline towards the goal line. At what distance x from the goal line should the striker shoot at the goal for the best chance of a goal? Give the result in meters and round to one decimal place.