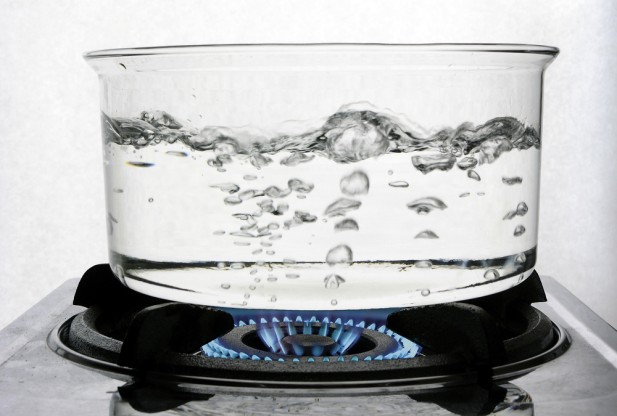 Boiling is a widely known phenomenon, mostly linked with the boiling of water. We see it every day when, for example, cooking.

Boiling is the phenomenon when water molecules are jiggled around enough to start turning into water vapor, a gas. When this gas gets hot enough, the pressure the gas exerts is big enough to overcome the pressure of water, and a bubble forms. This bubble quickly bubbles up to the surface of the water, where it is released into the air.

Given this, which of the following is not correct?