Queen on a cube 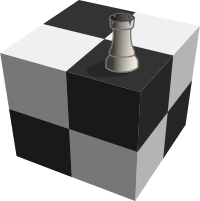 Suppose we're playing chess on a 2×2×2 cube, where the movements of pieces that are considered valid are those that would be valid on a flattened-out net. For example, if a rook is placed on a square, it could reach 13 other squares in one move.

If a queen is placed on a square, how many squares could it reach in one move? 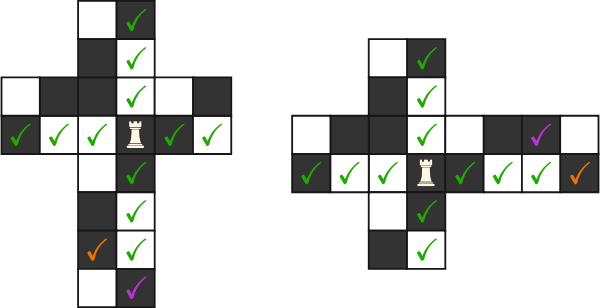 Note: On a 2×2×2 cube, each of the squares can equivalently be the starting position. As shown above, as long as a space is accessible on at least one net, it is considered a valid movement.