Two protons and two positrons form a square as shown in the figure. All the particles are initially at rest. Due to Coulomb's repulsion, the particles fly off to infinity. Determine the ratio ve​vp​​ where vp​ and ve​ are the final velocities of the protons and positrons, respectively. Note that the positron, being electron's antiparticle, has the same mass as the electron and opposite charge (q=+1.6×10−19 C). 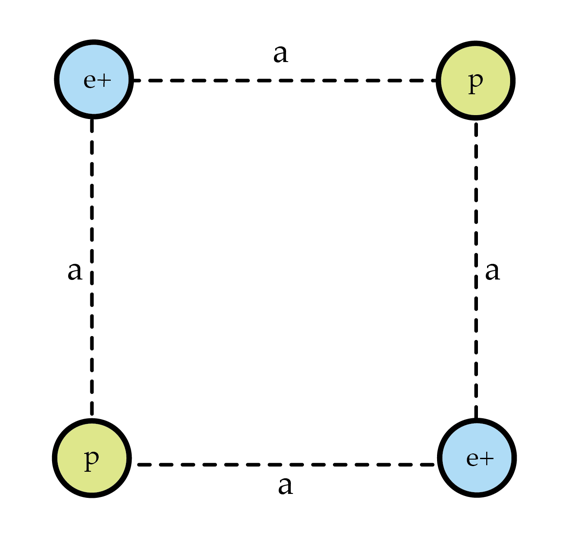