Tom and Jerry both have equal top running speeds and are initially at points A and B, respectively, separated by a distance of d.

They both spot each other and immediately start running at their top speeds. Jerry runs on a straight line perpendicular to the line AB and Tom runs in such a way that its velocity always points towards the current location of Jerry.

Let r(t) denote the distance between Tom and Jerry at time t. 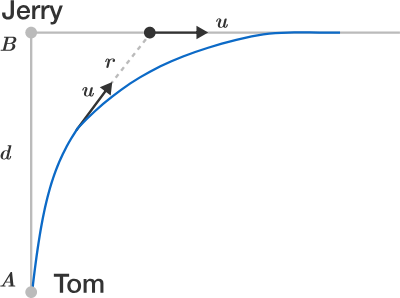