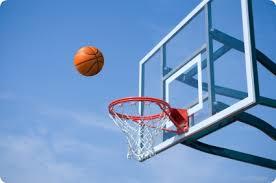 Amanda decides to practice shooting hoops from the free throw line. She decides to take 100 shots before dinner.

Her first shot has a 50% chance of going in.

In fact, after n shots, the probability of her making her next shot is given by P=n+2b+1​, where b is the number of shots she has made so far (as opposed to ones she has missed).

So, after she has completed 100 shots, if the probability she has made exactly 83 of them is ba​, where a and b are coprime positive integers, what is a+b?