An insect of negligible mass is sitting on a block of mass M, tied with a spring of force constant k. The block performs a simple harmonic motion with amplitude A in front of a plane mirror placed as shown in the figure. The maximum speed of insect relative to its image will be- 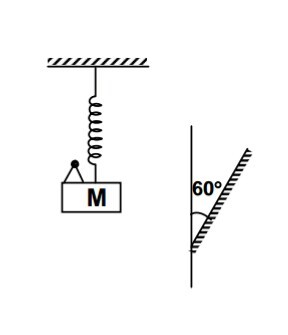