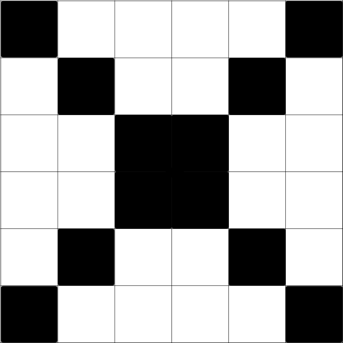 Conway's Game of Life is a simple algorithm that produces complex and often beautiful results. It is played on a grid and follows the rules below.

If the image above is the first generation (where black cells are living), which of the following would be the second? 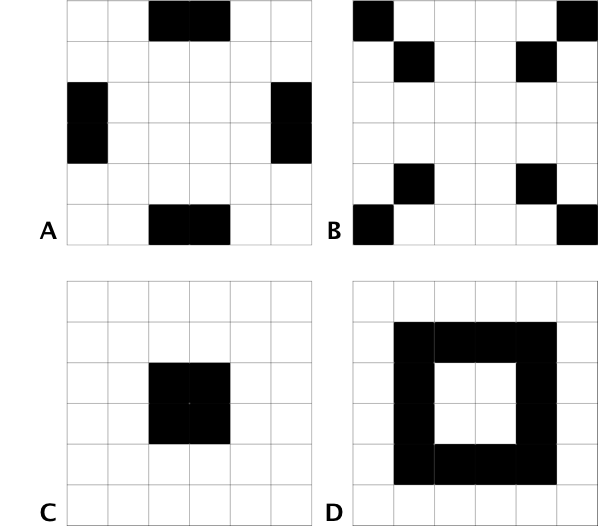 Every cell not on the edges of the grid has 8 neighbors: namely, any cell that is horizontally, vertically, or diagonally adjacent.

A generation constitutes one simultaneous application of the rules to every cell in the grid.